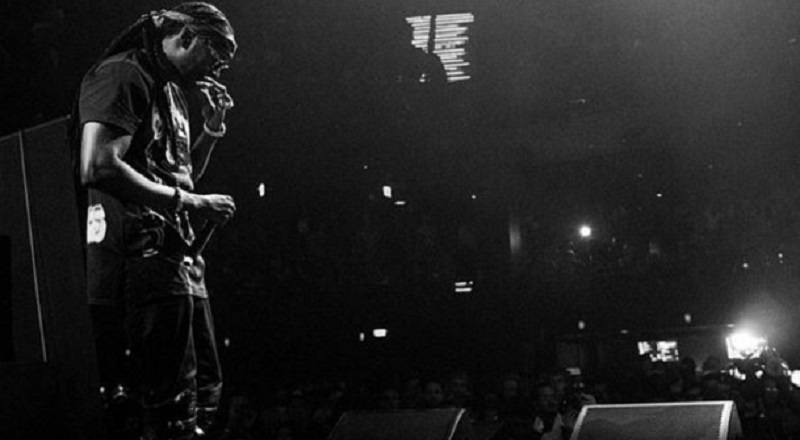 By Stranga The Great Hip Hop Vibe Staff Writer Four years ago, 2 Chainz gained the attention of the mainstream world with his mixtapes. The world knew him as Tity Boi, Ludacris' trusty sidekick. There was also Playaz Circle and their one hit, "Duffle Bag Boy," featuring Lil Wayne. 166814

By Preemo Hip Hop Vibe Staff Writer Probably one of the most-entertaining rappers in the game, 2 Chainz was among the hip hop artists to perform at the 2013 Wireless Festival. Of course, the bulk of the attention went to Jay-Z and Justin Timberlake, but all of the biggest names in hip

By The Hip Hop Writer Hip Hop Vibe Staff Writer Heading into the Summer Jam 2013, Hot 97 has turned their wrongs into rights in an effort to move forward. Leaving the past where it is, Hot 97 is future focused and they need the biggest current artists to do this. With

Previously, Ace Hood rocked 2 Chainz' hit single, "I'm Different" for Hot 97. Ace Hood went back in and redid his freestyle for Lowkey and Chris Paul's All-Star Game-inspired mixtape. The "They Trippin" song had already leaked and now the official high-quality version of the track has been released. This

Lowkey and Chris Paul have teamed up for a new mixtape. Previously, a new Future track with Young Scooter leaked off the mixtape. Now, Ace Hood's track off the upcoming mixtape has leaked. As was the case with his freestyle over Drake's "Started from the Bottom" with Funkmaster Flex, Ace

By The Hip Hop Writer Hip Hop Vibe Staff Writer In the hip hop world, 2 Chainz is still the biggest name in the game. Starting off on the mixtape level, 2 Chainz soon caught up with and passed the likes of Future and Pill. At the gate, 2 Chainz caught the

At the close of 2012, 2 Chainz scored another hit, "I'm Different." The song, much like 2 Chainz' other singles, gained much traction, both on the radio and the internet. Several rappers have jumped on the track, leaking their versions of the song to the internet, where receptions were mixed.

By Hardcore Critic Hip Hop Vibe Staff Writer Had 2 Chainz decided to release his debut album any year aside from 2012, he would have easily walked away with "Rookie of the Year" honors. However, with 2 Chainz releasing his debut album the same year as Meek Mill, Kendrick Lamar, and many