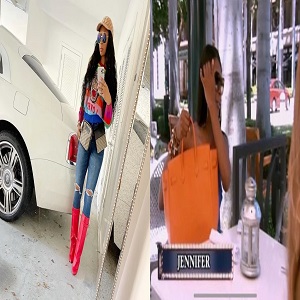 Over the years, Jennifer Williams has been one of the most-hated, and most-mistreated person on reality TV. Best-known for “Basketball Wives,” Jen was introduced as Evelyn Lozada’s best friend. But, she always seemed as if she was sucking up to Evelyn, the bad girl.

Fans immediately hated Jennifer for being Evelyn’s side kick, even as Evelyn gained popularity. Friends aside, Jen’s then-husband, Eric Williams, came on the show, only to throw a drink in her face. Later, Jen left “Basketball Wives,” got involved with Tim Norman, another reality star, and took abuse, there.

Often, Jennifer Williams is teased, on “Basketball Wives,” especially after Evelyn Lozada went from being a friend to an enemy. Last season saw the ladies try to make amends, but it looks like their friendship is in the past. However, Jen is happy about the past, as she bragged, when a fan pointed out that she was the first person they saw with a Birkin bag, which Jen had, on “Basketball Wives,” in 2010, which led to Jen retweeting them, and posting the clip on her IG Story.

Read Jennifer’s tweet and see her IG Story below: 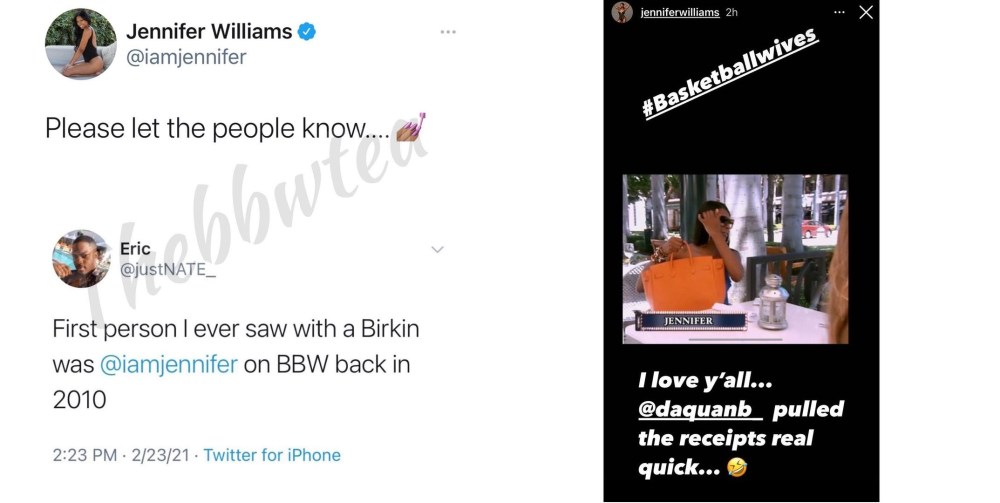 Chris Brown celebrates Bobby Shmurda being home and calls him the “King of New York”
Lamar Stevens just became a star, tonight, ending the Hawks / Cavs’ game, with a wild finish, game-winning dunk, and Twitter is going in on Trae Young, while ATL fans are shocked they lost to Lamar Stevens