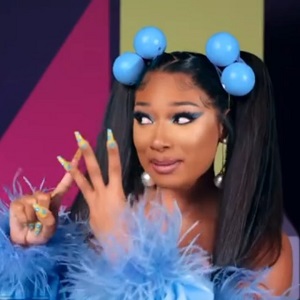 These past two years, Megan Thee Stallion has gone from being a popular Houston rapper to mega-star. Along the way, she’s had some high-profile collaborations. But, she has the most collaborations with DaBaby.

Megan Thee Stallion and DaBaby created the “Cash Sh*t” single, which became a major hit. The year since then has seen the song continue to perform well. To kick 2021 off, Megan and DaBaby came with a new single.