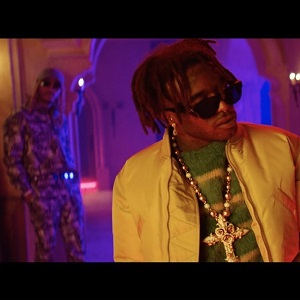 Five years ago, Lil Uzi Vert seemingly came from nowhere and began dominating the game. A shift began, in hip hop, in 2015, with many new artists entering the game, Uzi among them. Meanwhile, guys like Migos rose to the top of the game, with Uzi beside them.

Since 2011, Future has been a force in the game, landing a series of huge features, becoming a household name. In 2015, Future proved he could hold his own, rising to the top five, in terms of popularity. Undoubtedly, 2017 saw Future hit a peak, but he still makes hits.

One thing is for sure, Lil Uzi Vert and Future make one strong duo, and they don’t miss. Last week, they dropped the “Drankin N Smokin” music video, to much success. After one week, the video has amassed 3.1 million YouTube views.

Flo Milli Sparks Social Media Debates as She Declares Herself The “Princess of Rap” After Releasing “Roaring 20s” Single
Jania, NBA Youngboy’s ex, is the latest to join OnlyFans, and Twitter is excited, already leaking her pics, but fans don’t like that she’s charging $50 a month to subscribe