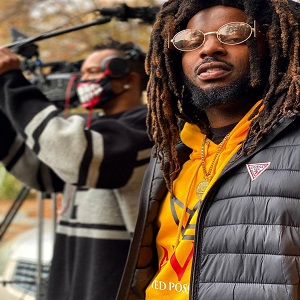 In Atlanta resides one of the most-diverse hip hop scenes of the entire culture. So many artists doing so many different kinds of music have led to the city having an unprecedented rule over the game. Yes, at this point, Atlanta has had a longer run than New York and LA, combined.

Already putting in work, Neva Fallin is beginning 2021 by dropping new music. His first offering will come in the form of his single, “Got Up,” which drops on January 20. The next few days will see Neva Fallin getting his fans ready for the new music that will be available on all streaming platforms.