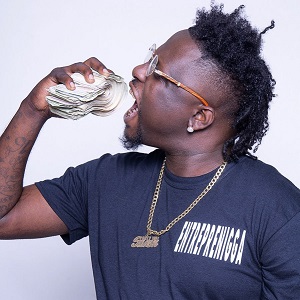 In Cleveland, one of the hardest-working people, on the ground, in the city, is switching things up. Everyone in Cleveland knows Splash Rob, as he’s a well-known DJ and promoter, in the city. Since he’s always been around music, Splash Rob is trying his hand at it.

Splash Rob has also dabbled in acting, but the music is where it’s at for him, right now. The popular Cleveland figure has his “Right Now” single, which is blowing up. This is the twerk and strip club anthem, so Rob is going hard with the record.

Over the past few months, Splash Rob has had “Right Now” twerk challenges to push the record. The city of Cleveland has all eyes on Splash Rob, as he continues to push the bounds. Coming into this New Year, he has many goals, and among them is for “Right Now” to be one of the first breakout hit records.

Jim Jones ft. Juelz Santana and Marc Scibilia – “Election” [VIDEO]
Cuban Doll gets dragged on Twitter for fighting Kayla B, King Von’s sister, as fans say she lost the fight, and all they did was pull each other’s hair [VIDEO]