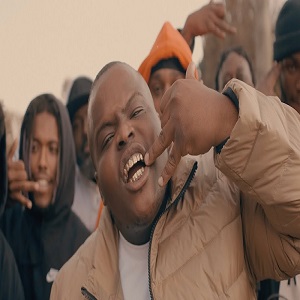 In Fayetteville, there is a real movement going on, as the North Carolina city has produced more stars than it looks like. As far as the rap game goes, there’s that one guy standing heads and shoulders above the rest. But, Morray is now also out here making big noise.

Morray began dropping viral videos, late last year, and he’s amassed a major fan base. Every time Morray drops, the world is watching, and waiting to see what happens. So far, Morray hasn’t missed, which remains true with his latest release.

Last week, Morray dropped the “Big Decisions” music video. The visuals have followed the trend of all of his other releases. Highly successful, the Fayetteville emcee has already amassed 865,000 views on his new video, and this has only been six days.

Watch “Big Decisions” by Morray below: