Jeffree Star and Kanye West have been rumored to have had relations together ever since reports last week that West and Kim Kardashian were heading for divorce. West hasn’t spoken on Star yet but now, we are getting a Twitter update from Star himself.

Star says that he’s definitely “NOT” sleeping with West but there are a lot of rappers in his DMs and it’s “wilddddd.” He even joked that he’d make a hit song in bed. Everyone has since been interested in which rappers have been shooting their shot with him.

In a January 6 Instagram post, Star said he’s ready for Sunday Service which sparked a lot of rumors there about possibility being romatically involved with West.. The original Page Six report revealed that Kardashian was “done” with the marriage. West also reportedly couldn’t stand her family anymore and wasn’t a fan of their ‘Keeping Up With The Kardashians’ show. Despite this, the two still dropped millions of dollars in Christmas gifts. Divorce Attorney, Laura Wasser, was reportedly hired by Kardashian, though.

“Kim got Kanye to go up there [Wyoming] so they could live separate lives and quietly get things sorted out to separate and divorce,” said a source close to Page Six. “She’s done.” 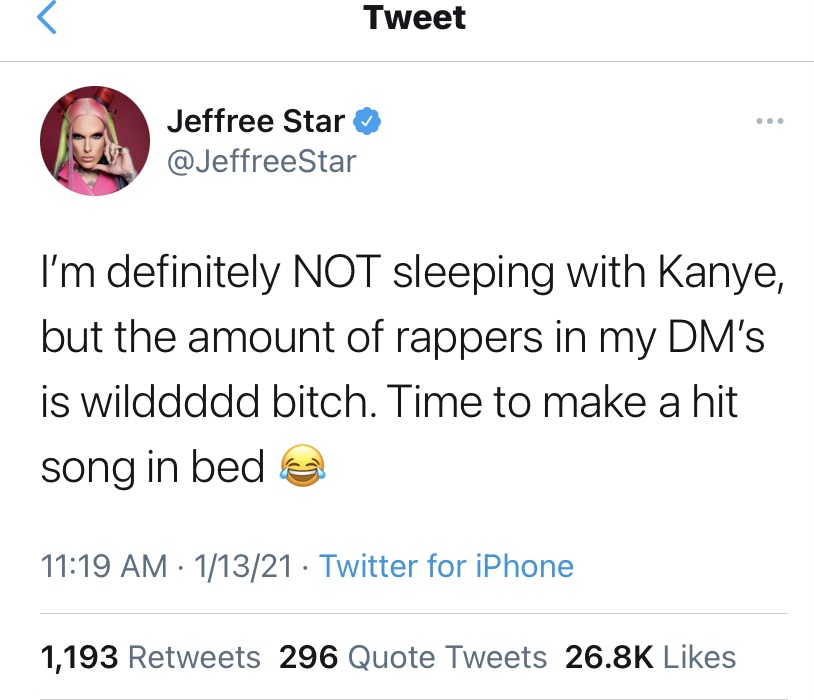 Staten Island rap star, CJ, of “Whoopty” fame, signs with Warner Records, and French Montana will be the executive producer of his debut EP
Tommy “Tiny” Lister Legally Changed His Middle Name To “Debo” Prior To His Death To Pay Homage To His Character in ‘Friday’ Movies