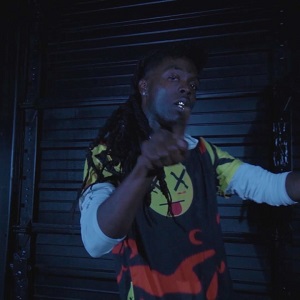 These past few years have seen Memphis really moving, with a lot of rappers from the city blowing up. All of these guys, along with the rest of the game have to make room for CUXTHROAT, who is really making noise. Not only is he doing the thing, he is making his own genre.

CUXTHROAT proudly represents the birthplace of Rock N Roll and he honors this history with Trap Rock. Definitely a rapper, he has taken on the trap and merged it with his own version of rock. This makes him a rock star, by his own terms.

Definitely, CUXTHROAT is an artist to keep an eye on, because he’s had success with his “Trap Out A Sportscar” single. Working the video, independently, he has done 60,000 views in only three weeks, with the record. Momentum is on his side, in 2021, as he’s working with CEO Ishhh, among others to grow his brand.

Watch “Trap Out A Sportscar” by CUXTHROAT below:

Continue Reading
You may also like...
Related Topics:cuxthroat, jay rich, memphis, trap out a sportscar

Cuban Doll gets dragged on Twitter for fighting Kayla B, King Von’s sister, as fans say she lost the fight, and all they did was pull each other’s hair [VIDEO]
YFN Lucci Turns Himself in To Atlanta Police After Being Charged in Connection To Murder of a Man Last Month