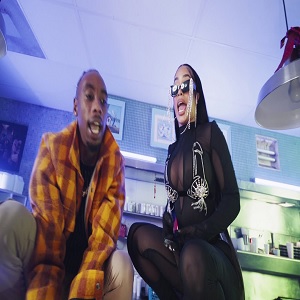 The Houston hip hop scene is exploding, right now, with Yung Pooda being among the names blowing up, from the city. He follows a long and growing list of artists from H-Town that are making moves. Pooda is currently moving with his “Chicken N Grits” single.

Yung Pooda is following the path of many, over these past few months, who have blown up, via TikTok. Late last year, he dropped his single, “Chicken N Grits,” featuring DreamDoll. The single is taken from his upcoming Vivid Pictures album, dropping via It’s A 10 Records.

Last week, Yung Pooda dropped the “Chicken N Grits” music video to much fanfare, alongside DreamDoll. Already, the song had amassed 19.5 million views, via TikTok, along with 8,000 uploads. Now, the music video has done nearly 65,000 views in just four days, and counting.

Melissa Meeks hopes to use prior experiences as empowerment to help people who aspire to change their lives
Kyrie Irving is reportedly “off the grid,” after video of him partying with hundreds of people, with no mask on, goes viral; Twitter goes in on Nets’ star guard, saying Kevin Durant should’ve stayed in Golden State, and that KD’s burner account has to be going off [VIDEO]