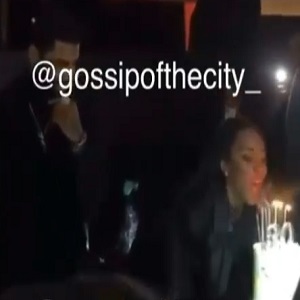 Last night, a video surfaced of Brooklyn Nets, point guard, Kyrie Irving, at a party with no mask on. All of this violated the NBA’s current rules, as restrictions are tight, due to COVID-19. Most remember, the 2019-2020 NBA season was delayed, due to the virus.

Kyrie Irving, after two seasons with the Boston Celtics, bolted for the Brooklyn Nets, in 2019. An injured Kevin Durant joined the team, too, but was unable to play until this season. Early on, the Nets have struggled, and Kyrie Irving has faced major criticism.

In the wake of Kyrie Irving’s party video going viral, official team reports, per Fadeaway World, is that he is “off the grid.” Granted, the party that Irving was attending was his own father’s birthday party, but he had no mask on, which is leading to the backlash. The fans on Twitter are going in on Kyrie for partying with no mask on, as fans are saying Kevin Durant should have stayed in Golden State, and that his burner account is likely going off.

Yung Pooda goes viral, with “Chicken N Grits” music video, featuring DreamDoll, which has already received 19.5 million views and 8,000 uploads, on TikTok [VIDEO]
Azealia Banks shocks Twitter by digging up her dead cat and boiling it, in Instagram video, as fans accuse her of looking for attention, and then they come with jokes, including Doja Cat