January 6 was one of the worst days that the United States has seen lately. Terrorists who were in support of Donald Trump stormed the Capitol building in Washington, D.C. as they looked to stop Joe Biden’s electoral votes from officially being certified. They got inside and caused some damage to the building. The certification did take place later that night, though.

Currently, the FBI is investigating all over the country as they are making arrests of the MAGA terrorists who participated in this riot. This weekend, 50 Cent took to his Instagram to agreed what a lot of people were thinking. There wasn’t much police presence at this riot but the National Guard was brought out during Black Lives Matter protests last summer after George Floyd was killed by Minneapolis Police’ Derek Chauvin.

“So the IG God’s don’t like my BLM post. 🤷🏽‍♂️i don’t know why this was against any rules.”

50 definitely has a great point here. It’s great that so many social media apps are censoring hate speech such as Twitter banning Donald Trump but they need to acknowledge the fact that it’s true that police were less lenient with MAGA terrorists compared to BLM protestors. 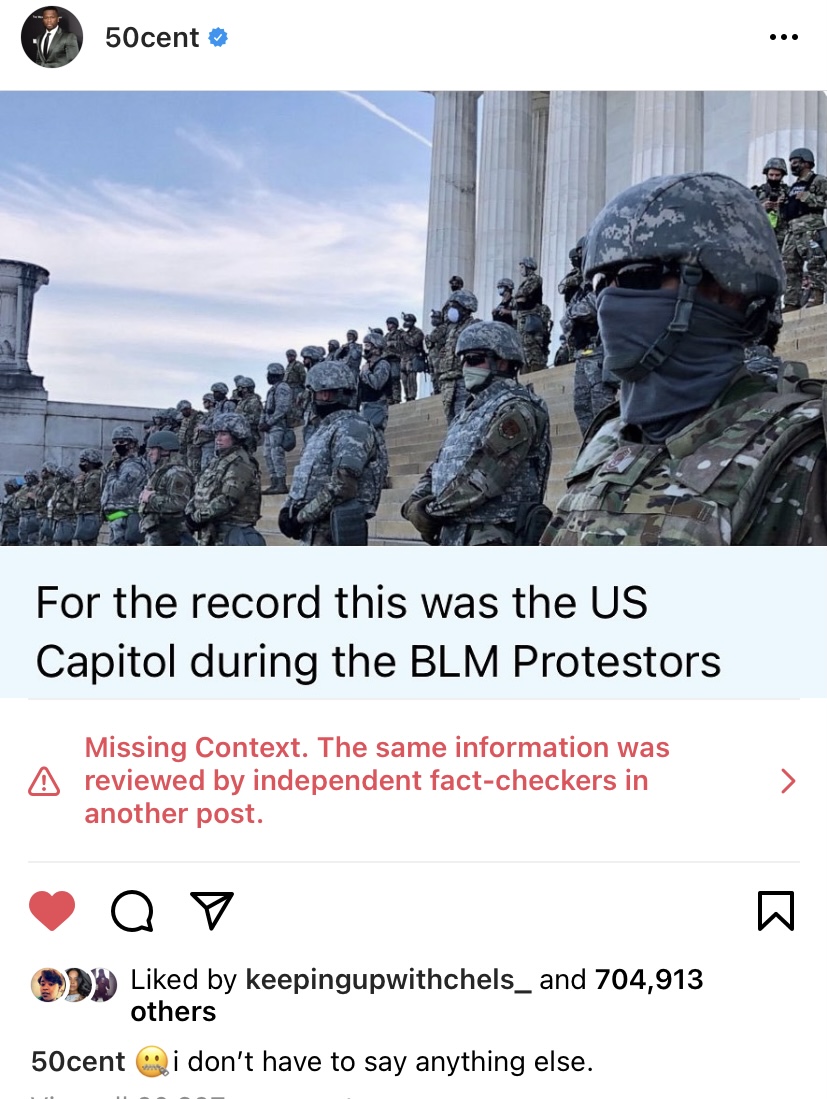 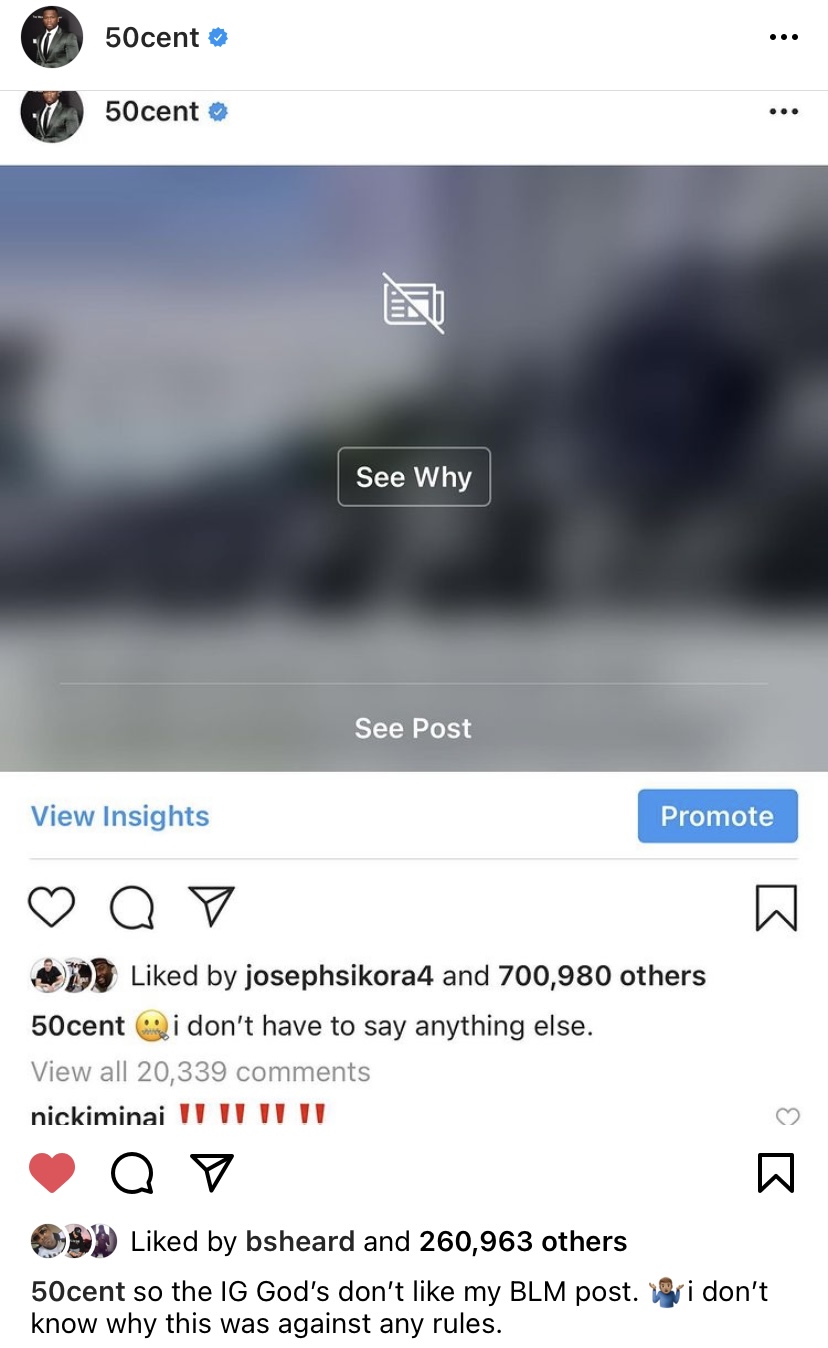 Keri Hilson fires back at people accusing her of defending Donald Trump, saying she “doesn’t give a f*ck about Trump, and says she feels people are purposefully saying she was defending Trump [PHOTO]
Ceaser speaks out on controversy, surrounding him and his daughter, Cheyenne, who is accusing him of assaulting her, saying his name will be cleared, but not at the expense of his child #BlackInkCrew [PHOTO]