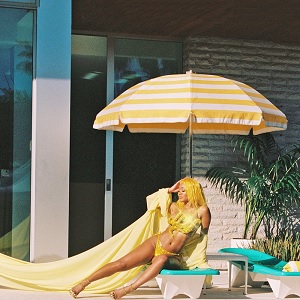 Since 2017, Saweetie has consistently dropped hit records, and been all over the headlines. In 2018, Saweetie confirmed rumors of her and popular Migos’ member, Quavo, dating. The two have countless viral videos of themselves together.

With the music, Saweetie dropped another hit single, in “Best Friend,” with Doja Cat, on Friday. As that music video continues to garner millions of views, Saweetie has more news. Last night, Saweetie ended up setting Twitter off, in a major way.

Saweetie definitely got people talking, when she said she is “officially a mom.” If she was pregnant, she did a great job at keeping it out of the public eye, while continuing to release new music. However, it is pretty obvious that Saweetie is trolling, and some fans are saying she bought a bunny, and she is a “pet mom.”

Pop Smoke’s Breakout 2019 Hit Single, “Welcome To The Party,” Goes Platinum
Keri Hilson gets brutally dragged by Twitter, over her defending Donald Trump, after his accounts were suspended, citing “Freedom of Speech,” with one fan saying they were right to end her career