Lil Durk released his highly anticipated ‘The Voice‘ album on Christmas Eve and it did solid first week numbers. It accumulated over 90,000 units. This was after initial speculation that it was going to do 50,000. It was led by the “The Voice” single and now, “Still Trappin” featuring the late King Von and debuted at No. 3  on the Billboard 200 chart.

Durk has also revealed his plans for the deluxe edition of The Voice. He has taken to Instagram to announce that it will be coming in a few days. No exact date has been set yet, though. He added that he will be off of social media until the deluxe is out and this project will show why he is deserving of being paid $200,000 for his concerts. Durk had a month-long hiatus in November as well after Von was tragically shot and killed in Atlanta.

The original version of The Voice contained 16 tracks in total. Other appearances include 6LACK, Young Thug, YNW Melly, and Booka600. This album was Durk’s second album of 2020 as in May, he put out his ‘Just Cause Y’all Waited 2‘ project. That was headlined by the “3 Headed Goat” single feat. Lil Baby and Polo G. 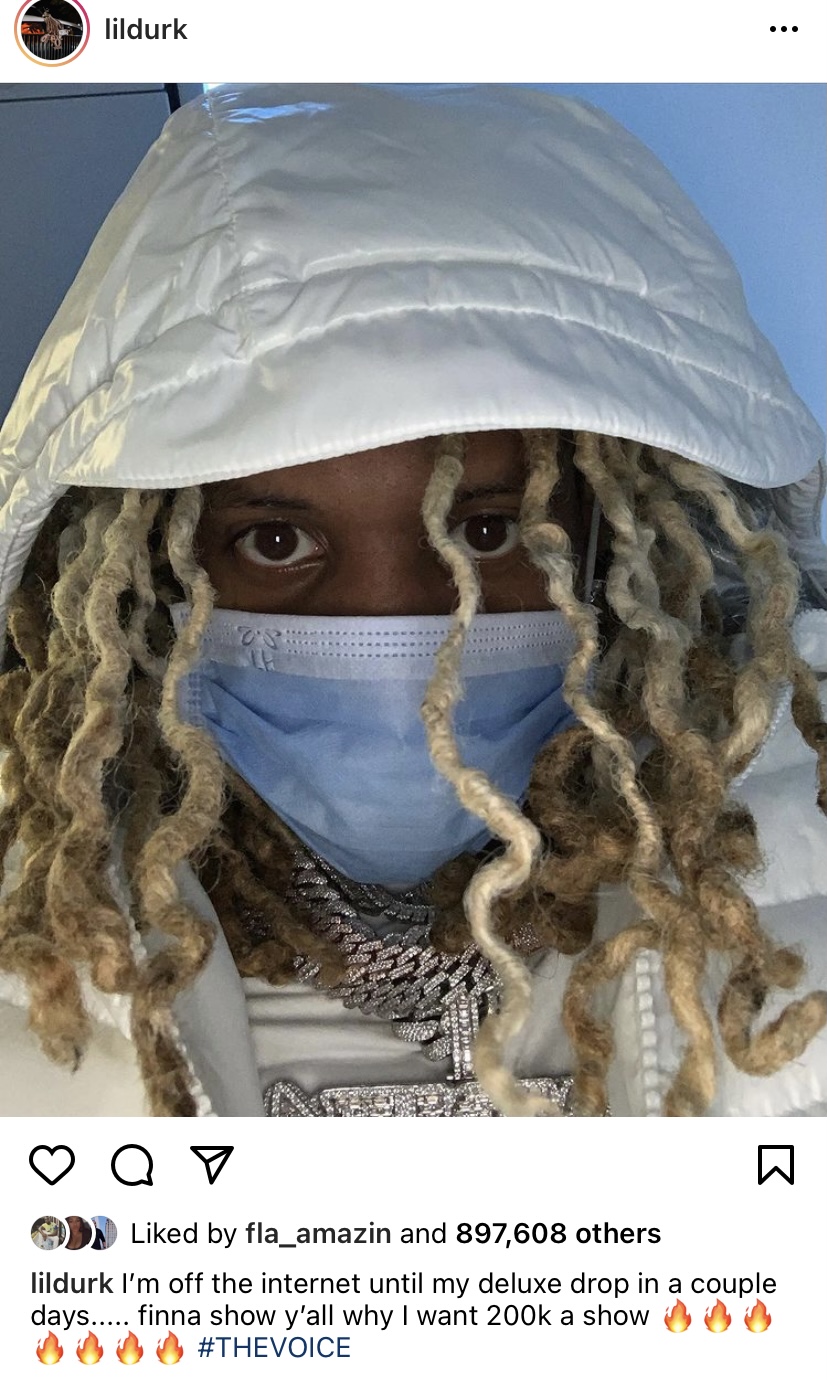 Pop Smoke’s “What You Know Bout Love” Single From His Debut Studio Album, ‘Shoot For The Stars, Aim For The Moon,’ Hits Platinum Status
Michael B. Jordan and Lori Harvey Confirm Relationship Rumors After Spending Holidays Together [PHOTOS]