On Wednesday, the United States sadly made headlines for the wrong reasons again. Donald Trump’s MAGA supporters stormed into the Capitol building as domestic terrorists and caused damage to the building. They entered in an attempt to stop the electoral votes for President-Elect Joe Biden from being certified. That got done later that night, though.

The FBI is looking to make even more arrests of the MAGA terrorists by IDing them on social media. As this continues, people continue to bash the lack of law enforcement when these people were easily able to get into the building. These people were treated like royalty compared to peaceful Black Lives Matter protestors last summer who were abused by law enforcement.

One celebrity who is criticizing the lack of effort to defend the Capitol building is Ice Cube. Many bashed the NWA legend for trying to work with Donald Trump on the Contract With Black America but he tried to explain that he wanted to work with whoever reached out first when it came to Republicans and Democrats. On his Twitter feed, he used a photo of himself and Mike Epps as Day-Day and Craig as security guards from ‘Friday After Next.’ He used the famous movie quote “What happened to the last security guards?”

At this point, the process for Trump to be impeached could begin as early as January 11. Thankfully, his last day in office is January 19 and Biden’s Inauguration Day is January 20. Today, Twitter also permanently suspended Trump’s Twitter account due to him continuing to incite violence. 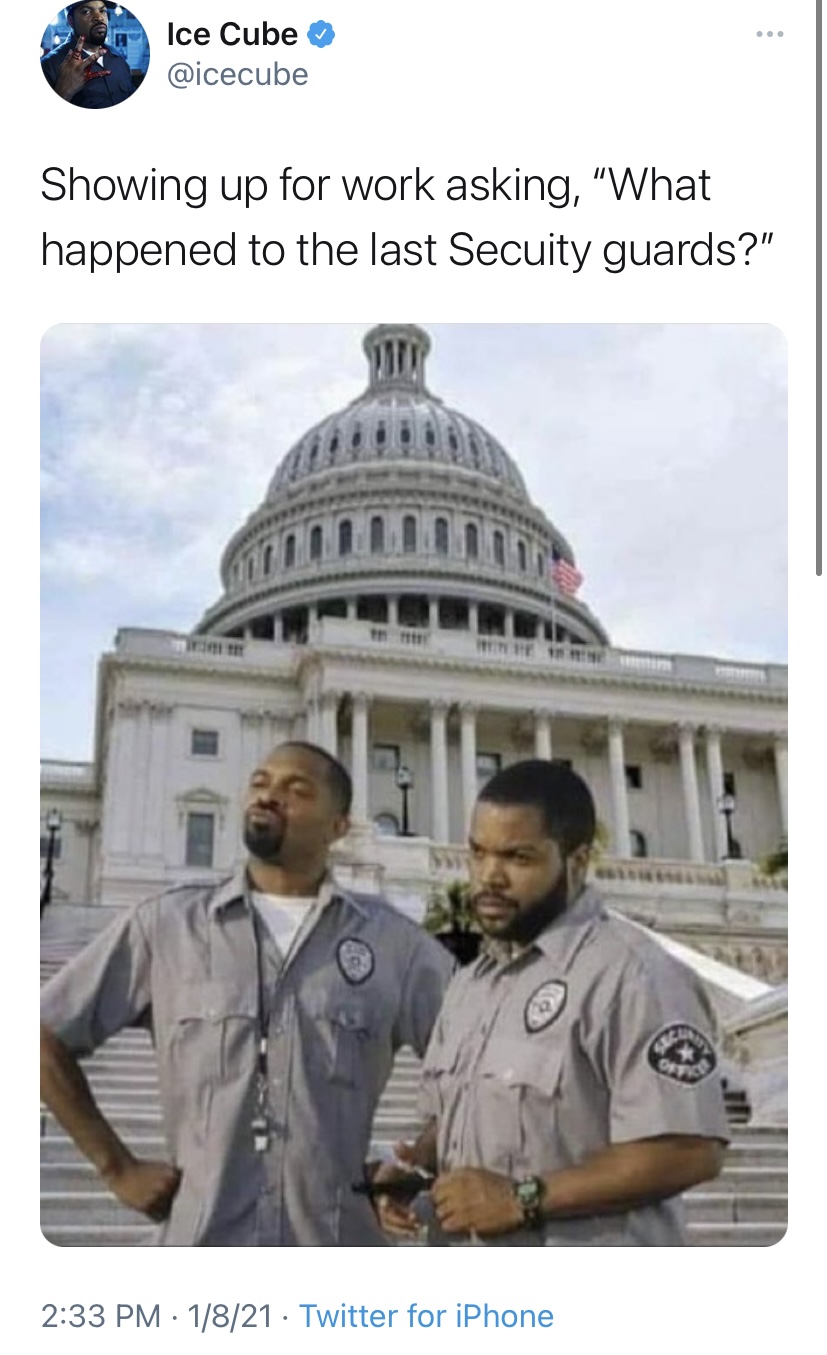 Pastor Joey Deese, of Oakdale Baptist Church, in Rock Hill, South Carolina gets blasted on Twitter for being at the US Capitol, during the riot, but takes to Facebook to explain he was only there to pray for our country, but people dig up anti-BLM posts from him [PHOTOS]
Cardi B Becomes Only Female Artist To Have Three Top-Selling Songs of The Year in Total Units in The US This Century