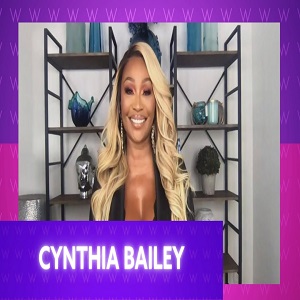 Ten years ago, Cynthia Bailey was introduced to “The Real Housewives of Atlanta” audience, alongside her fiancé, Peter Thomas. The two were not initially the fan favorites they’d become. Many thought Peter was too aggressive, especially since he was borrowing money from her.

Cynthia and Peter had well-known financial issues, which were a huge topic of discussion, during their early years on the show. By 2012, though, Cynthia turned a corner, with The Bailey Agency, as Peter’s bars finally took off.

While Cynthia Bailey and Peter Thomas divorced, it was amicable, so the two remained on good terms. This is why it was shocking, when news broke that Cynthia was suing Peter. During her Wendy Williams interview, Cynthia explained that she and Peter had a business agreement that she’d purchase a business for him, which he’d buy from her, after three years, but he never did, so her lawyers went forward with a lawsuit.