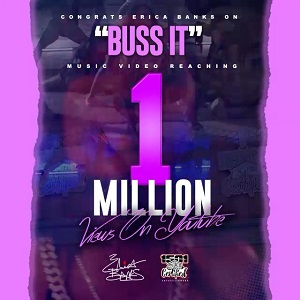 Last year, Houston rapper, Erica Banks dropped her “Buss It” single, and it performed relatively well. A few months have gone by and Erica is out here winning. Via TikTok, Erica Banks blew up, and “Buss It” has become a hit single.

Early in 2021, Erica Banks has the hottest song out. The “Buss It” record is showing up everywhere, right now. The music video has been trending on YouTube, for weeks, now, and this has led to some very solid results for her.

Erica Banks has a lot to celebrate, with her “Buss It” single. The music video reached 1 million views, on YouTube, today. Meanwhile, on Apple Music, “Buss It” is climbing the charts, reaching number twelve on the hip hop charts. 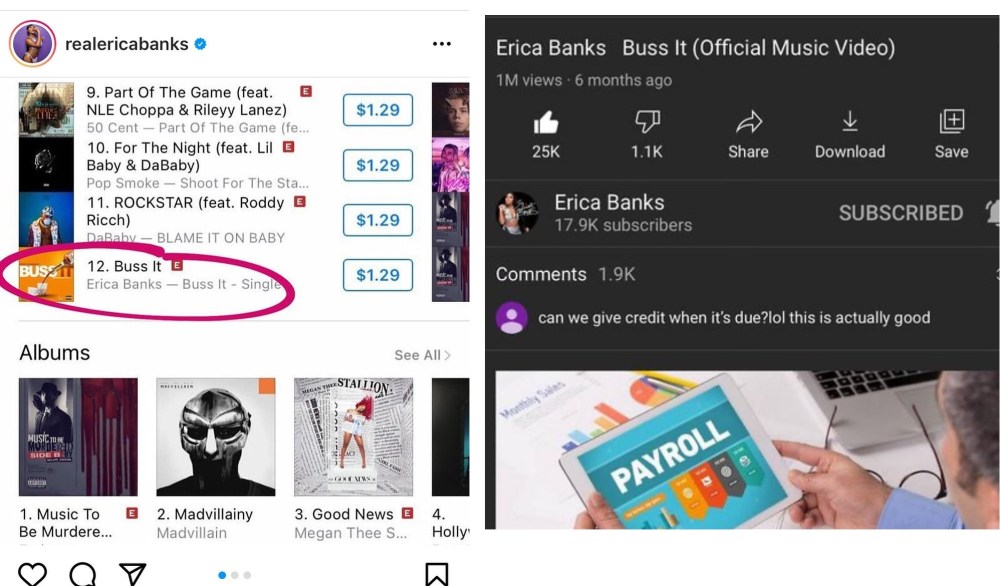