Future has been dealing with a child support battle with his baby mama and Instagram model, Eliza Reign. Last summer, it was confirmed that he is the father of her child as Reign is supposedly his seventh baby mama. The Free Bandz rapper has since offered $1,000 per month in child support but she is not with that at all. This is after she was reportedly qualified for over $53,000 per month.

Reign has also been requesting Future’s financial records so she can attempt to get the funds in child support that she desires. Earlier today, she took to Instagram to clap back at people who think she is wrong for wanting more than $1k. She believes that Black people side with white women when they get large funds in child support but not for Black women.

“Truth is black people are conditioned so deeply to hate ourselves, especially black women that we don’t even realize it. Y’all tell me ‘take the 1000 and move on’ ‘it don’t even take 1000 to raise a baby.’ “But when these white women hit the blogs asking for 9 million, here y’all go ‘AS SHE SHOULD.'”

Future is now speaking on this drama on his Twitter feed. He believes that blogs should speaking on world-changing topics as opposed to groupies such as Reign. He supposedly met Reign in Miami back in 2012. This was after he blew up as a star in 2011 with singles such as “Tony Montana” featuring Drake and “Same Damn Time.” 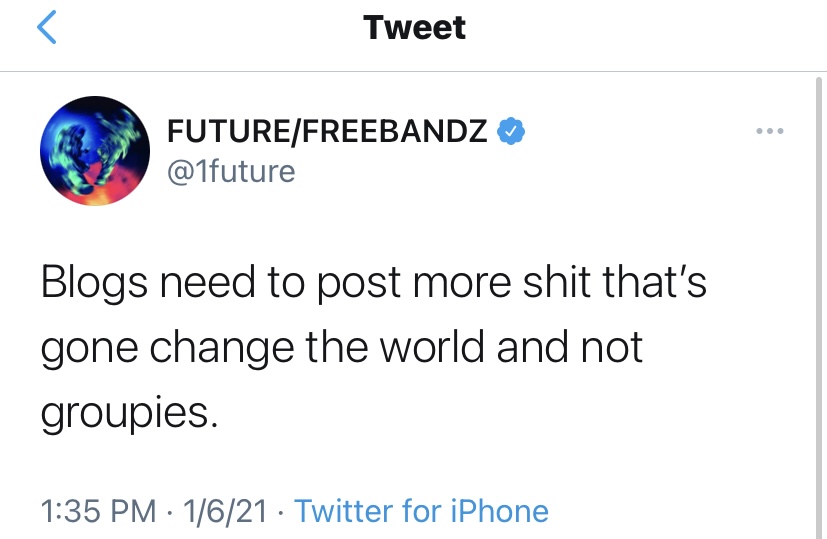 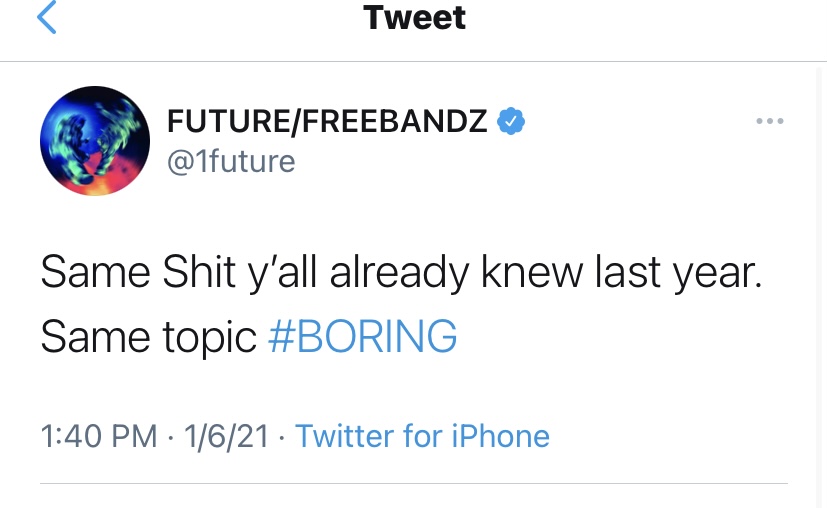 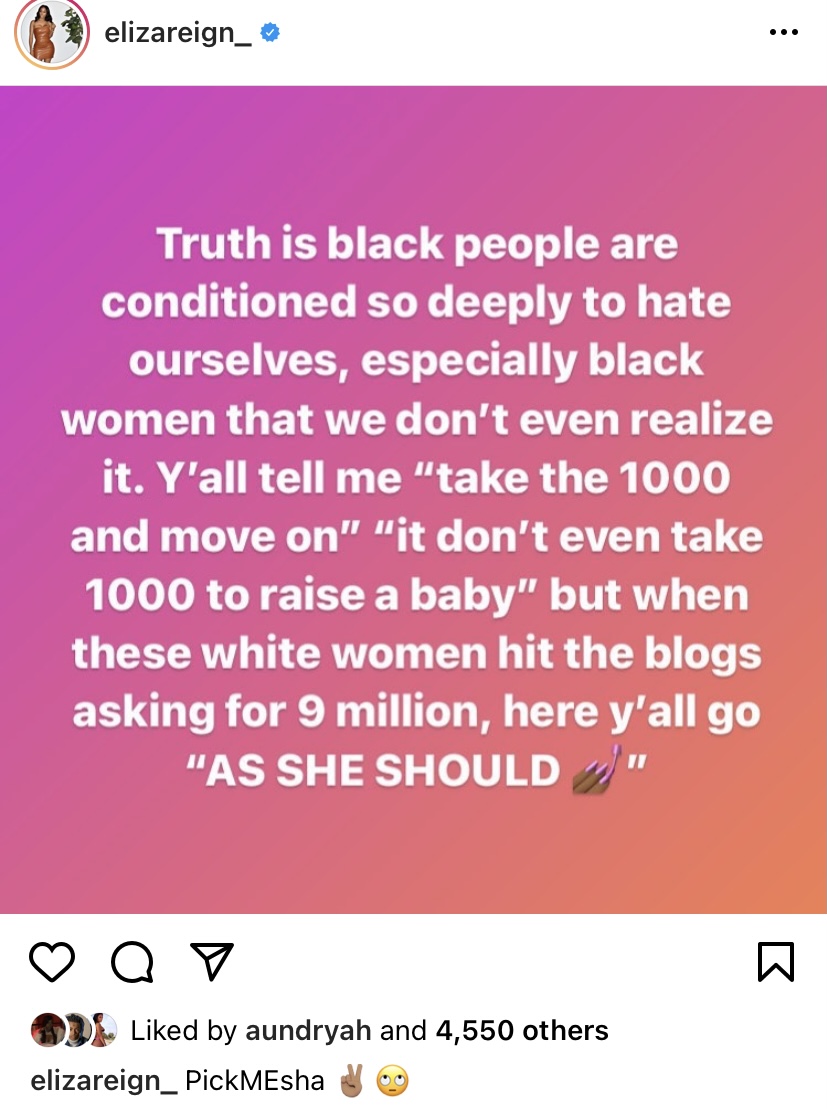 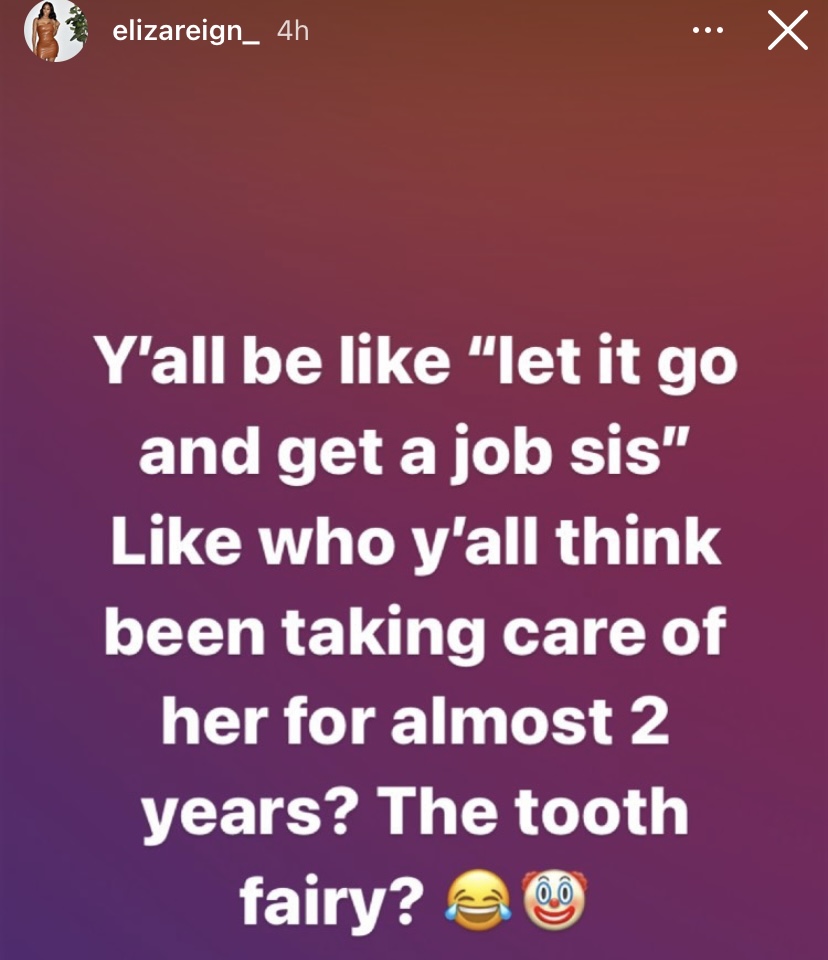 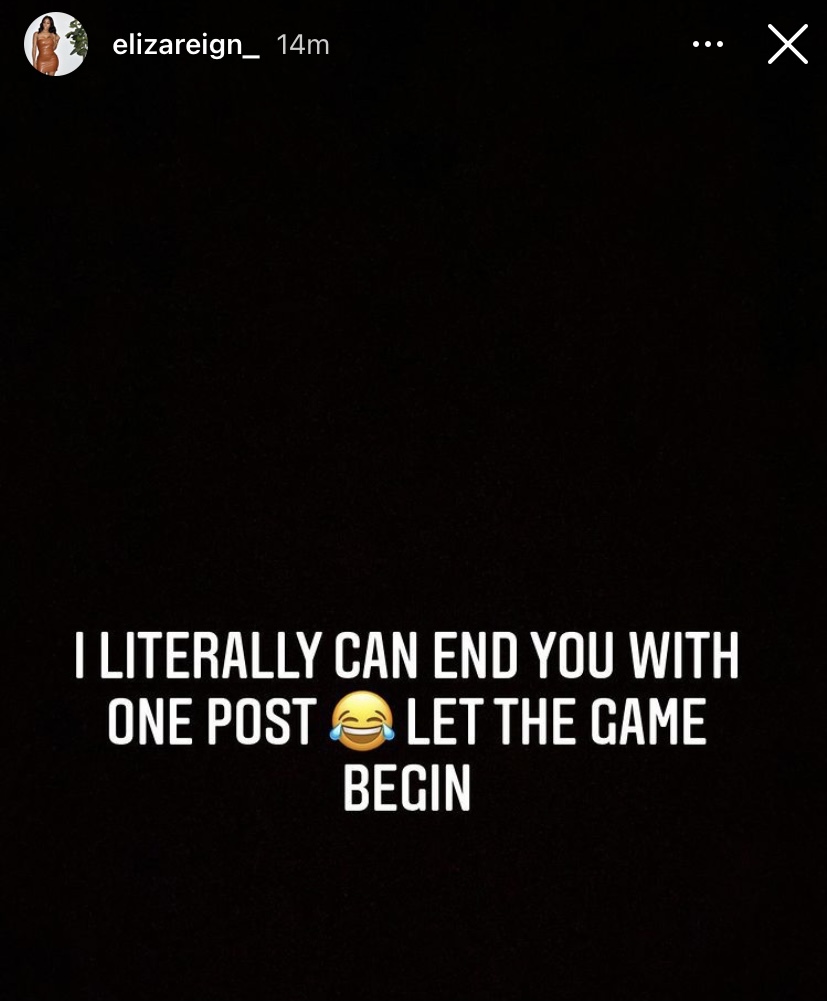 Burglars Tried To Break Into Dr. Dre’s Home After News Of Him Being Hospitalized With Brain Aneurysm
Summer Walker Reposts Her Own Meme To Bash Lack of Security at US Capitol Building When Domestic MAGA Terrorists Tried To Prevent Electoral Votes For Joe Biden From Being Certified