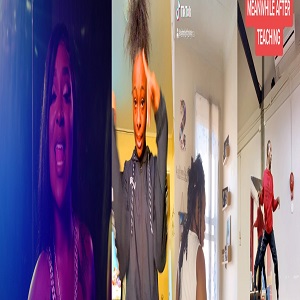 Last summer, Erica Banks received a ton of attention, but it was surrounded in controversy. In spite of all, she dropped “Buss It,” which samples Nelly’s classic, “Hot In Herre,” and the song is now making major noise. If momentum continues, it could be 2021’s major single.

Erica Banks is signed to Carl Crawford’s 1501 label, a company that is no stranger to controversy. But, all Erica Banks wants to do is get out here, and create good music. With “Buss It,” Erica Banks has done just that.

Recently, Erica Banks has seen “Buss It” live a whole new life, on TikTok and the IG Reels. Fans are doing their own dances to the record, making it go viral. These fans have shared some downright hilarious dancing videos to the record.

Watch “Buss It” by Erica Banks below:

Watch fans doing the #BussItChallenge below:

Fabolous is being dragged on Twitter, and in his IG comments, for giving advice on how to love a woman, when he was accused of knocking his wife, Emily B’s, teeth out
Oklahoma City Thunder vs. Miami Heat – Full Game Highlights | January 4, 2021 | 2020-21 NBA Season [VIDEO]