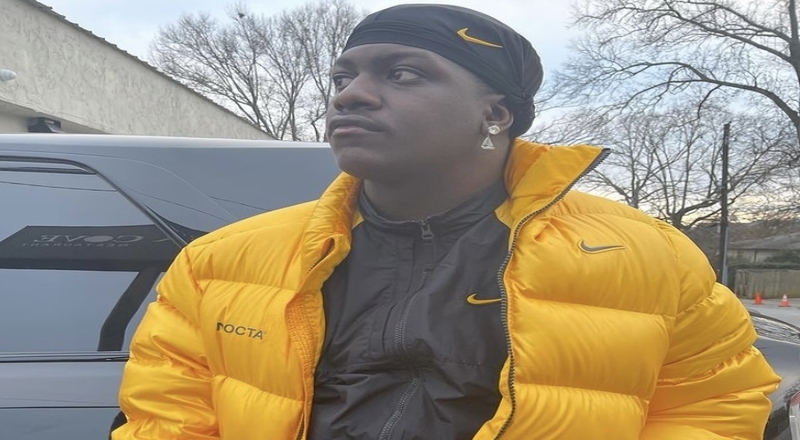 Kodak Black has been incarcerated since May 2019 after he was arrested during the Rolling Loud festival in Miami. He was officially sentenced in November of that year and was hit with a 46-month sentence. Despite these circumstances, he has been giving back to his Broward County, FL community during the holidays.

Now, we are seeing Lil Yachty recognize Kodak for the person he is as he took to Twitter this morning to advocate for his sentence being commuted. He tagged Donald Trump in the tweet to let him know that Kodak was punished too severely.

“Hey @realDonaldTrump My friend @KodakBlack1k deserves to be commuted. The system punished him way to hard for a paperwork crime #freekodak.”

In November, Kodak also tweeted that if whoever is the president should s free him, he would spend $1 million on charity within the first year that he’s released. As of now, he’s been putting his money where his mouth is as far as helping communities out. Kodak did sadly endorse Trump for president, though, which turned off may fans. 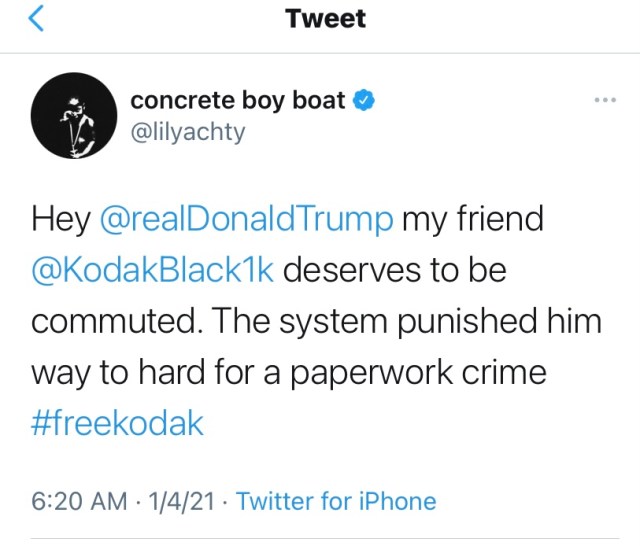