On Christmas, SZA released her “Good Days” single after much speculation about when it would finally be out. She did hint on Twitter though that it would be out before 2021 and eventually delivered for the fans. Since then, the feedback has been solid and is doing numbers.

Good Days has now officially become the No.1 song on Apple Music on all genres. SZA has now taken to her Twitter feed to express her excitement about this accomplishment. It is even more special due for her due to the fact that this has happened on her grandmother’s birthday. The other two records behind Good Days are “Still Trappin” by Lil Durk feat. King Von and “On Me” by Lil Baby.

“NUMBER ONE ALL GENRES!!” said SZA on Twitter. “I jus wanna say I dropped this on granny’s birthday and This means SO much more to me than you’ll ever realize . THANK YALL SO MUCH. Happy bday Gran.”

Back in September, SZA won big with her “Hit Different” single feat. Ty Dolla $ign as well. That record went on to peak at No. 29 on the Billboard Hot 100 chart. Now, fans are remaining hopeful that she will also deliver her sophomore album in 2021. SZA’s debut album, ‘Ctrl,’ was released back in June 2017 as that debuted at No. 3 and was led by the hit single, “The Weekend.” 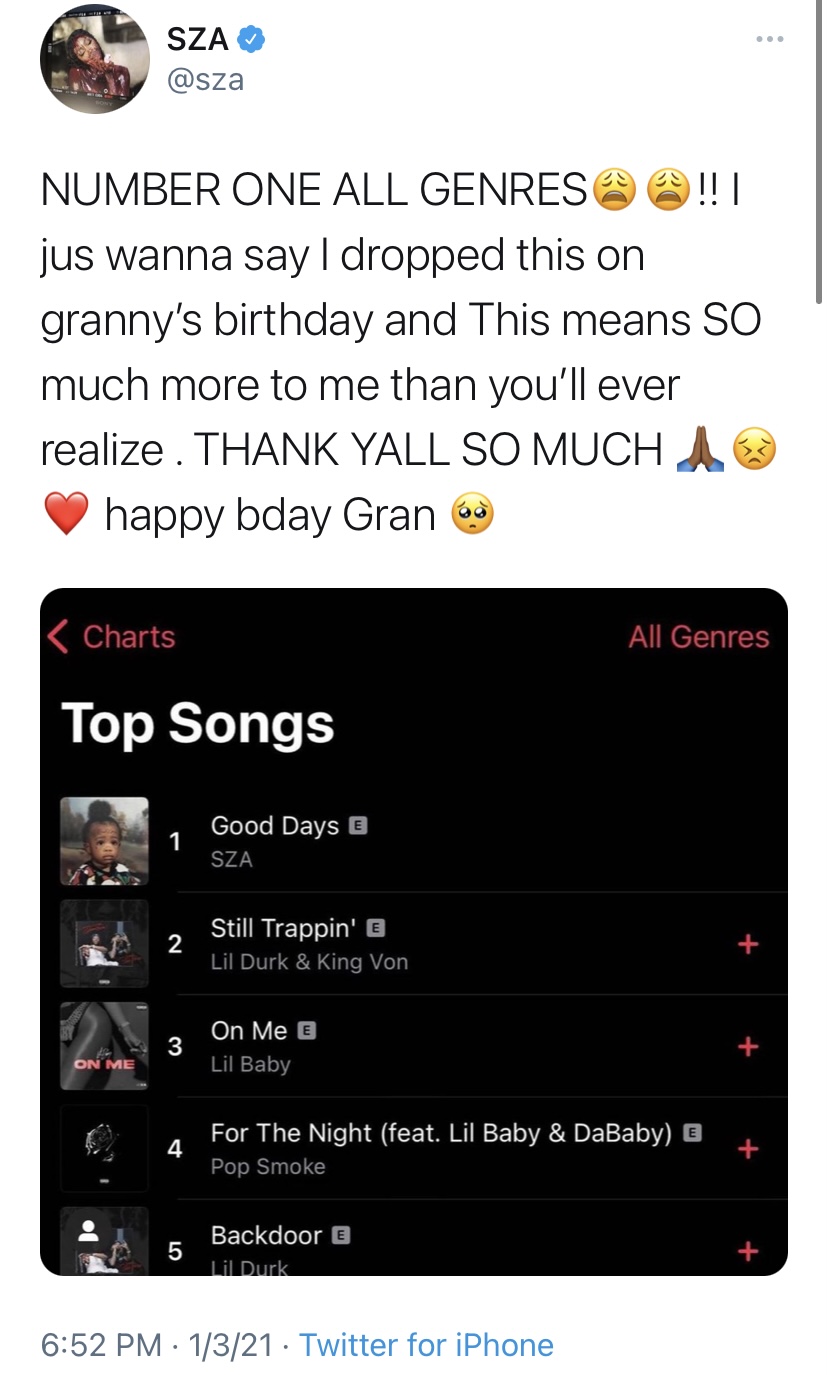 Continue Reading
You may also like...
Related Topics:Good Days, sza