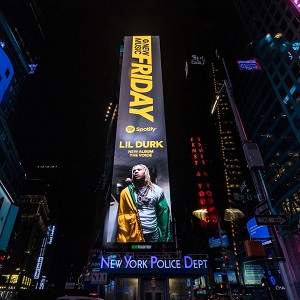 Quite a bit of criticism has been thrown at this younger generation of rappers. However, unlike the era before them, these guys have really been about their business. Guys like Lil Durk are the rapper/businessmen people were seeing in the early 2000s.

Lil Durk was once a major-label artist, but decided to take a step back, when he felt his career wasn’t going properly. The Chicago rapper went independent and came with another artist. As fate would have it, this artist was King Von and he was met with an unexpected demise.

While Lil Durk has dealt with the death of King Von, he has seen a resurgence in his own career. Recently, he dropped The Voice, to much success, and the official numbers are at 93,000 copies sold in the first week. On Twitter, Lil Durk is calling himself the “GOAT,” after putting up such strong numbers.

Cappadonna releases album cover for “Tarr Zann” album and it is being thoroughly roasted by fans on Twitter, and in his IG comments; Cappadonna clapped back on one fan! [PHOTO]
Drake gets roasted over his new hairstyle and a meme compares his hair to NeNe Leakes, and the style she used to rock #RHOA [PHOTO]