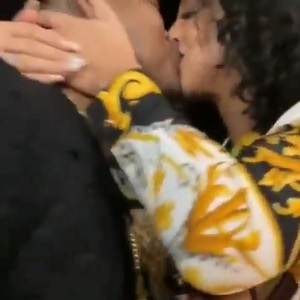 Through his career, Ne-Yo has plenty of hits, countless classics, and even executive experience. All of this was fueled by his talent in creating music. It was the music that drew people to Ne-Yo, but he has also had his fair share of drama.

Early in his career, Ne-Yo thought he welcomed a child into the world, only to find he was not the biological father. Moving on from that situation, Ne-Yo did marry and have children. But, the marriage ended, and he married Crystal Renay, leading to them also having children.

Ne-Yo and his wife, Crystal Smith, have overcome a lot, during their marriage. In 2016, actual sextape footage leaked to the internet, of Ne-Yo’s wife, with two other women, but in 2020, the couple intended to file for divorce, before deciding to stay together. Ending 2020 on a high note, Ne-Yo had an elaborate proposal for Crystal, asking her to be his wife, again, which she excitedly said yes to.

Continue Reading
You may also like...
Related Topics:crystal renay, ne-yo