Young Thug has been catching a lot of heat on social media this week. This was after his appearance on the Million Dollaz Worth of Game podcast. Here, he said Jay Z doesn’t have 30 songs that people know along with challenging Lil Wayne to a Verzuz battle.

Now, the YSL rapper is backtracking on the comments regarding Hov. He recently took to his Instagram stories to say Jay has “50 of them b*tches.” He added that he was just “talking too fast” regarding the take on Jay and his songs.

“Don’t have Jay Z on me cause of this internet sh*t. I was talking to fast but y’all know what I meant.”

Many online have since disagreed with Thug’s original comments on Jay. They feel that he disrespected a legend along with Andre 3000 who he recently shrugged off the idea of working with.

We’re dropping the video of episode 93 with Young Thug at 7:30 tonight. 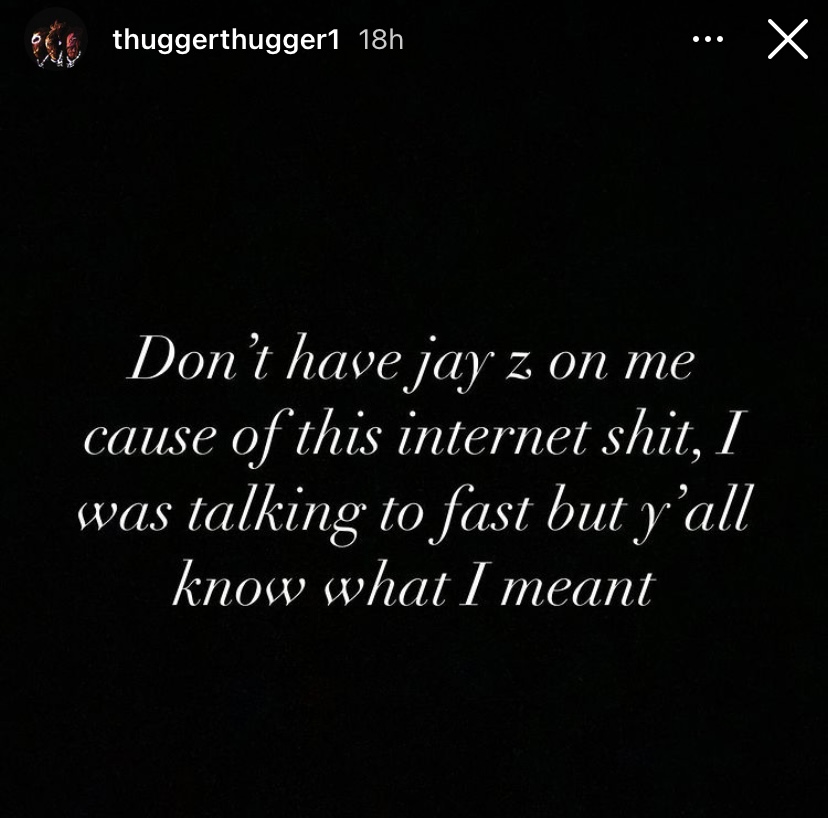 Continue Reading
You may also like...
Related Topics:jay-z, young thug

DaniLeigh – “Baby Say” [VIDEO]
Gudda Gudda takes to Twitter to say nobody can beat Lil Wayne in a #Verzuz battle, after Young Thug said he wants to battle him