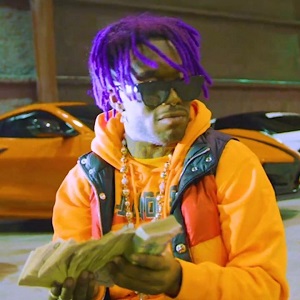 In Philadelphia, there is a lot of momentum surrounding Popp Hunna, who is a TikTok sensation. His song, “Adderall (Corvette Corvette),” is one of the hottest records out. The momentum of this song led to Philly veteran, Lil Uzi Vert, jumping on the remix.

Lil Uzi Vert definitely got in, at the right time, with Popp Hunna, as the video for “Adderall” reached 1 million views in one day. However, the good news seems to have ended, right there. Since then, Popp Hunna has faced a barrage of bad press about him being a snitch.

See the alleged DMs between Lil Uzi Vert and Popp Hunna below: