Fans have been waiting on J. Cole to release his ‘The Fall Off’ album for the second half of 2020. In July, Cole revealed that he’s working on the album but won’t rush it. He did go on to put out two new singles though in “Snow In Tha Bluff” and “Lion King On Ice.”

Cole has now provided fans with an update regarding the album and there is a road in getting there. He posted a checklist of goals he wants to check off before The Fall Off is released. The title of the list is “The Fall Off Era.” He already checked off “features,” and the ‘Revenge Of The Dreamers’ albums.

The other items on the list are ‘The Off-Season’ and ‘It’s A Boy.’ The It’s A Boy title confused some people as to if that is an album or him having a child but that wasn’t clarified by Cole. Nonetheless, fans are still very happy that new music by him is on the way. This past year, he also scored a Grammy win for Best Rap Song. This was for his appearance on 21 Savage’s “A Lot” single from 2018.

Cole also made headlines at the end of the summer for reportedly wanting to try out for the NBA. Master P also added that Cole was very serious about trying to make this happen. The Detroit Pistons ended up extending an offer but no tryout has occurred yet.

J. Cole just announced that he’s dropping “The Off-Season” & “It’s A Boy” before “The Fall Off” 😳😳 pic.twitter.com/foIA8wLZZa 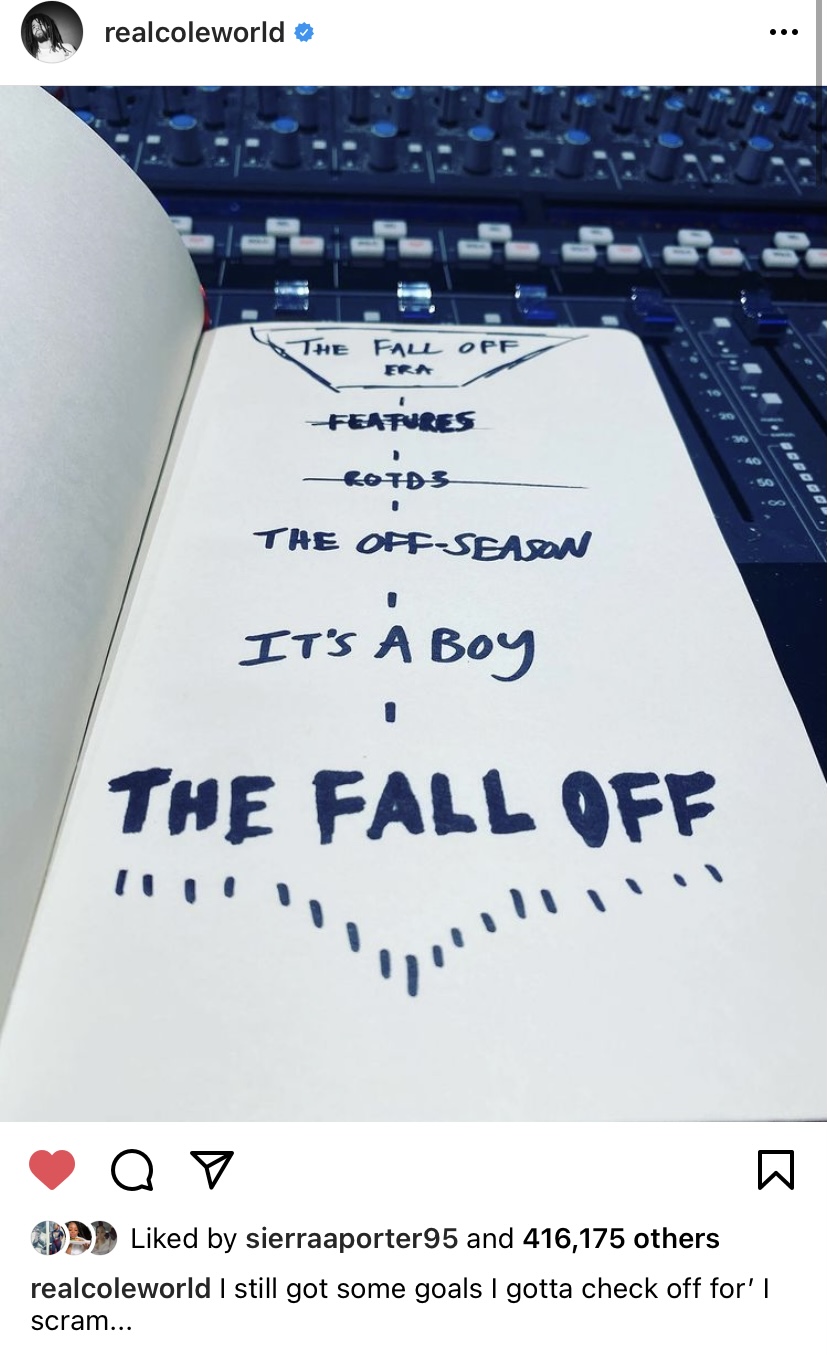 Continue Reading
You may also like...
Related Topics:j. cole, The Fall Off

Teairra Mari has a new boyfriend; “Love & Hip Hop Hollywood” star posts pics, on IG Story, of her kissing a man that she calls “Daddy,” and word is that he is Ari’s manager #LHHH
YK Osiris speaks on Drake and Lil Wayne, on Clubhouse, saying people don’t know them in other countries [AUDIO]