Carti’s baby mama, Iggy Azalea has now taken to her Twitter feed to call out him out shortly after the album’s release. She says that he didn’t see her and their son for Christmas and instead, went to an album release party with the side chick he had around during Azalea’s pregnancy.

“Imagine not flying out your family on Christmas but you have the girl you cheated on my my entire pregnancy at your album party and magically me and my son can’t come for Christmas any more? TRASH.”

Azalea also added that Carti planned a family vacation two days ago. She also added that the side chick was hiding in a closet from her house keeper. Azalea even claimed that Carti was at her home last night telling her how he loves her. She initially revealed in the summer that she gave birth. Their breakup was officially confirmed in October. 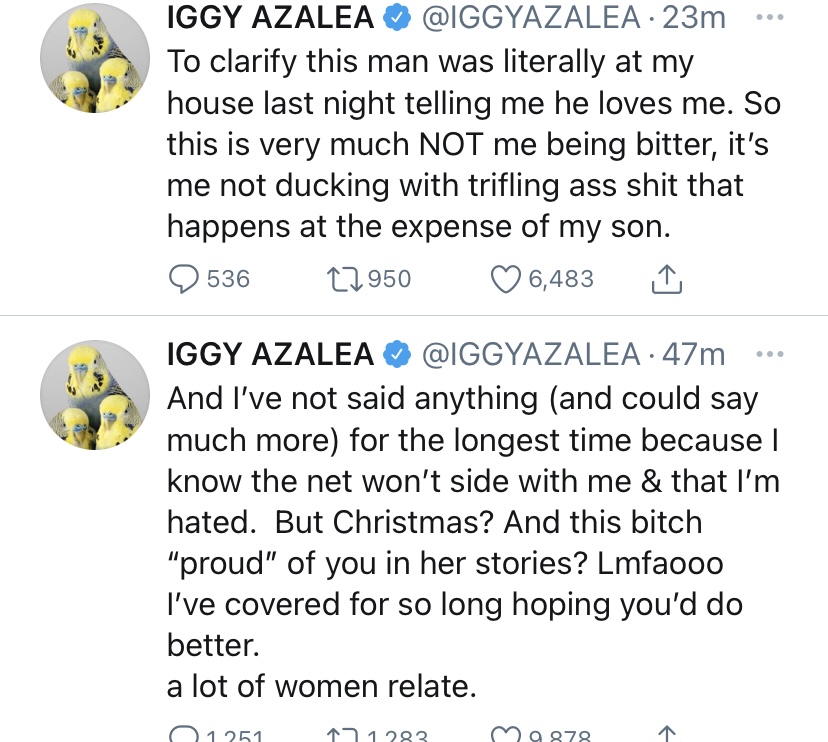 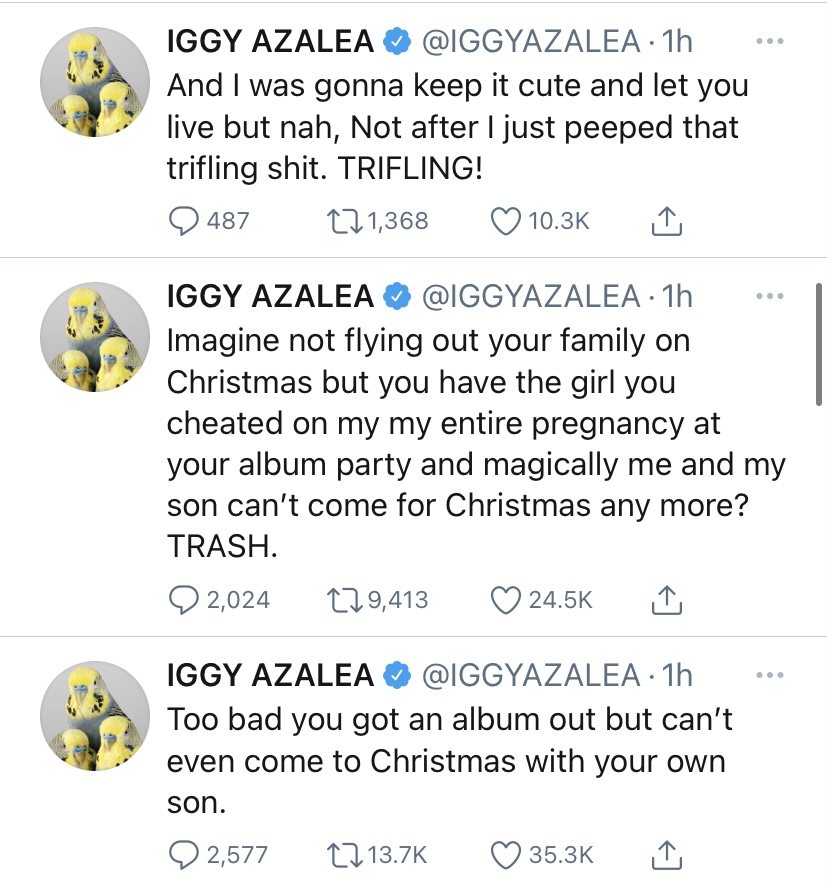