Mulatto has been one of the hottest breakout rappers in the game in 2020 as her momentum continued this month with her ‘Queen Of Da Souf’ extended version. This featured the latest hit, “Sex Talk,” feat. Lil Baby.

Big Latto held her 22nd birthday party in Atlanta last week which featured a 1920s-theme. Yesterday is her official birthday as she is currently celebrating in Puerto Rico. She has had a video go viral as well as she’s seen twerking to Megan Thee Stallion’s “Cry Baby” song feat. DaBaby.

One flaw that people are trying to point out to Mulatto is that her feet were apparently dirty in the video. She has now taken to Twitter to respond to the trolling.

“Y’all talm bout my feet dirty b*tch I’m drunk running around a mansion in Puerto Rico for my birthday. & im holding onto the table cause nothing about that video was planned the song was just playing & I was dancing.. matter fact it was originally on my close friends.”

Latto went on to rant about the situation as she claims that people are so fake perfect. She also responded to another user as she said she has maids after being told that she doesn’t mop her floors. 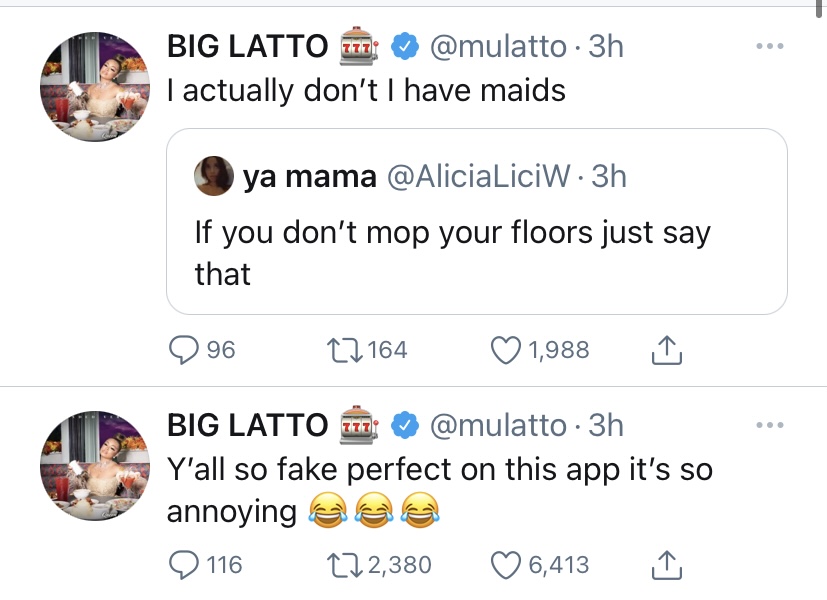 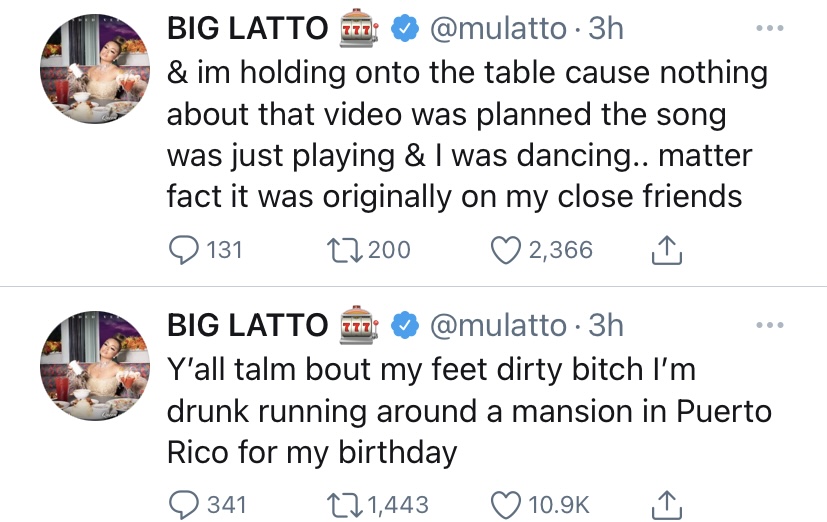 Woman fights Red Lobster employees, demanding a refund, as they tried to kick her out, and she attacked them in Facebook video shared by Chantilla Goodes [VIDEO]
Bryson Tiller’s ‘Anniversary’ Deluxe Edition Album Will Reportedly Be Released in February