Lil Durk finally returned to social media this week as he activated his Instagram account and put out his “Back Door” single. This was in tribute to his fallen friend and late rapper, King Von.

Fans have also been waiting for Durk to put out his forthcoming ‘The Voice’ album for a while now and it’s finally about to arrive. The Chicago star just took to IG to reveal that this project will drop at midnight. The cover art features Durk and Von together as it also says “Long Live Grandson.”

Expect Durk’s “The Voice” single to appear here as well. As of now, he hasn’t put out the official tracklist. This could change or Durk may simply let the anticipation grow for fans as the midnight release nears.

This album release also comes after Durk was part of the No. 2 country in Drake’s “Laugh Now Cry Later” single in August. The two also did well with the music video as it was filmed at the Nike Headquarters in Beaverton, OR and included cameos by Kevin Durant, Odell Beckham Jr, and Marshawn Lynch. 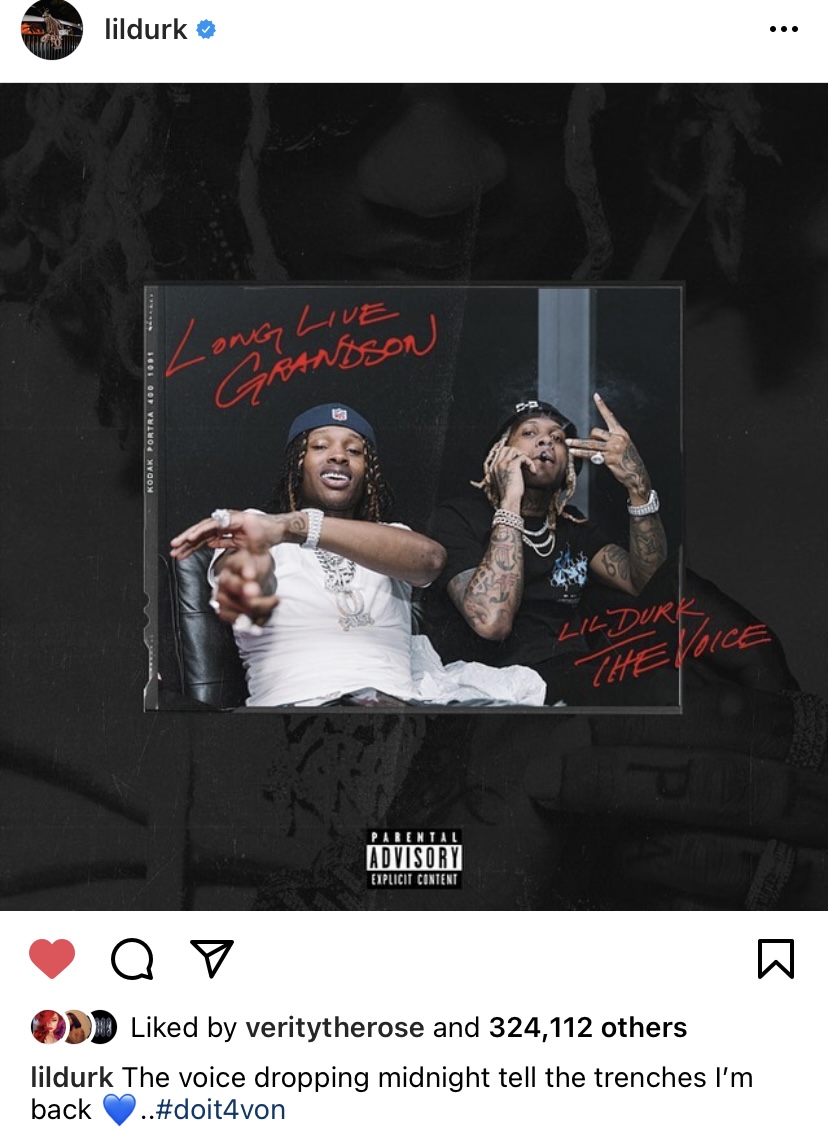