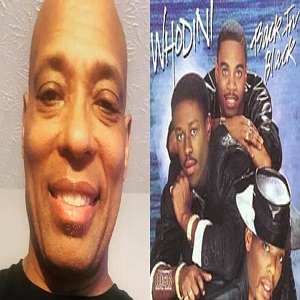 This afternoon, news broke of hip hop receiving a devastating loss. One of the people who helped hip hop become mainstream passed away, this morning. Real hip hop heads and older fans of the culture know what Whodini did for the genre, as a whole.

Whodini, a trio, boasted John Fletcher as one of the three group members. However, the world knew Fletcher better as Ecstasy, which is his stage name. Of course, Whodini saw their time come and go, in the spotlight, so Fletcher was living a quiet life, in Georgia.

John Fletcher, aka Whodini, shockingly passed away, this morning, according to family. These family members say he lived a healthy lifestyle and was in the gym, regularly. As early as this morning, they say that he was awake and talking to people, before he suddenly stopped breathing, dying soon afterward.

Gucci Mane and His Wife, Keyshia Ka’oir, Announce Birth of Their Son, Ice Davis
Pop Smoke’s Brother Questions Why Security Wasn’t With Smoke on Night of His Murder