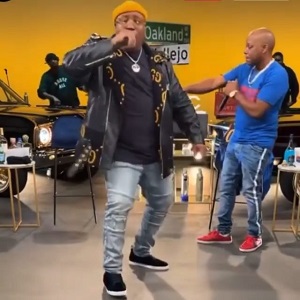 Last night, Too $hort and E-40 did it for their city, Oakland. In the 1980s and 1990s, these two were the rappers putting the Bay Area on the map, in the hip hop world. The doors they opened led to labels looking for talent, in those areas.

After Ashanti and Keyshia Cole had to postpone their Verzuz battle, they scrambled to find replacements. Fortunately, Too $hort and E-40 were available and took on the challenge. These guys are longtime friends, so they decided to use Verzuz to promote their joint album.

On Friday, Too $hort and E-40 released Ain’t Gone Do It / Terms and Conditions, their joint album. The next day, they competed in Verzuz, which hyped their new album. This proved to be a tremendous success, as their album is currently number two, on the iTunes chart.

Listen to Ain’t Gone Do It / Terms and Conditions by Too $hort and E-40 below:

Ralo Will Not Be Allowed To Post Bond After Reportedly Using Code Words To Sell Drugs From Prison
Team Mike! #RHOA fans side with Mike, in his argument with Cynthia, over their wedding, because he simply wants to marry her, while she wants 250 people at the wedding, during a pandemic