Drake and Lil Baby had a huge record together in May 2018 on Baby’s “Yes Indeed” single. This appeared on Baby’s debut album, ‘Harder Than Ever.” This project debuted at No. 3 on the Billboard 200 chart and Yes Indeed peaked at No. 6 on the Billboard Hot 100 chart. It’s 6x platinum in the US and the album is at platinum status as well.

Now, it looks like Drake and Baby have some more heat on the way, according to Houston Rockets Center, DeMarcus Cousins. He took to his Twitter feed to say “This track from Baby and Drake…🤦‍♂️It’s over..” This has since built a lot of hype and anticipation on social media about when this record will actually be released.

Baby and Drake have been one of the hottest artists of the year again as well. Baby had a No. 1 album with ‘My Turn’ and Drake had a No. 1 record with “Toosie Slide.” Drake’s ‘Dark Lane Demo Tapes’ mixtape debuted at No. 2 and his “Laugh Now Cry Later” single with Lil Durk was also No. 2 on the Hot 100. 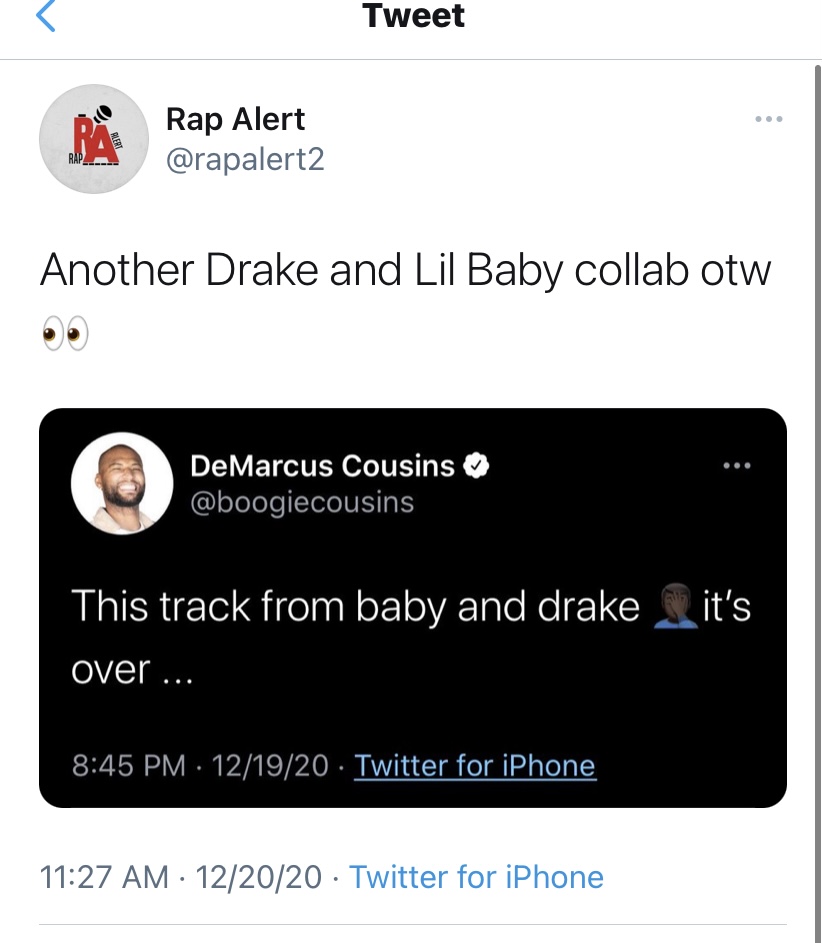 Althea, Benzino’s baby mama, exposes DMs between him and transgender female, Shauna Brooks, in a post and delete, called him “scum” and said the “jokes on you” #LHHATL [PHOTO]
Boosie Badazz Says King Von Should’ve Been Armed in Atlanta; He “Underestimated” The City [VIDEO]