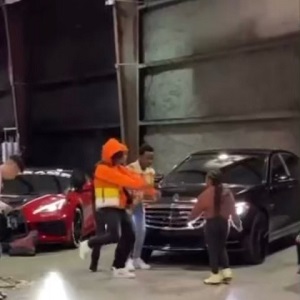 Recently, Popp Hunna has been taking over the Philadelphia streets, becoming one of the hottest rising rappers in the game. His single, “Adderall,” has gained a lot of traction. On TikTok, the song has had millions of videos made, further establishing him as a force.

Popp Hunna is definitely doing his thing and it’s not just the fans who are embracing him. Other figures in the music industry have taken notice. These people like what they see, including people right in the same city.

Definitely, Popp Hunna is receiving the brotherly love that Philadelphia is known for. Currently, Lil Uzi Vert is one of Philly’s hottest rappers, and one of the biggest in the game. He recently jumped on Popp Hunna’s “Adderall” remix and the two are shooting the official remix video.