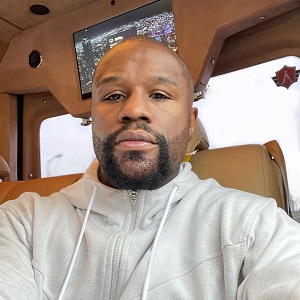 This morning, Floyd Mayweather, Jr. uploaded a photo of himself to IG, showing off his new look. The look is new for him, but not for men in the game. Over the past decade, many guys known for rocking the bald look have shown up on social media with hair.

Floyd Mayweather is one of those guys who made being bald cool. Of course, Michael Jordan is the OG of that game, with guys shaving their heads to be like him, during his era. But, during this era, Floyd was a guy putting on for that.

With Floyd Mayweather, Jr. suddenly having hair, social media is under shock. There are all kinds of rumors and speculation going on, with Floyd fueling it, due to him turning off his IG comments, on the post. But, too bad he can’t turn Twitter off, where they’re accusing him of getting hair and beard transplants. 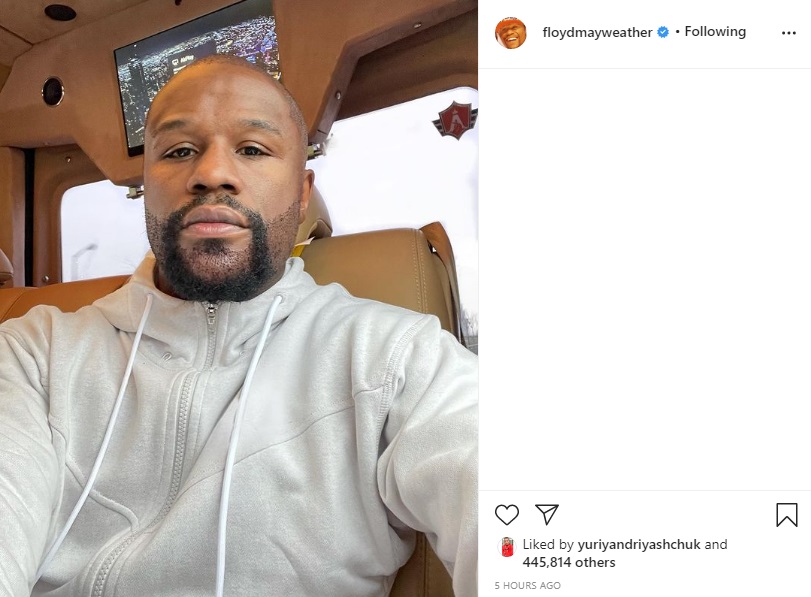 Read the tweets about Floyd Mayweather’s hair below: 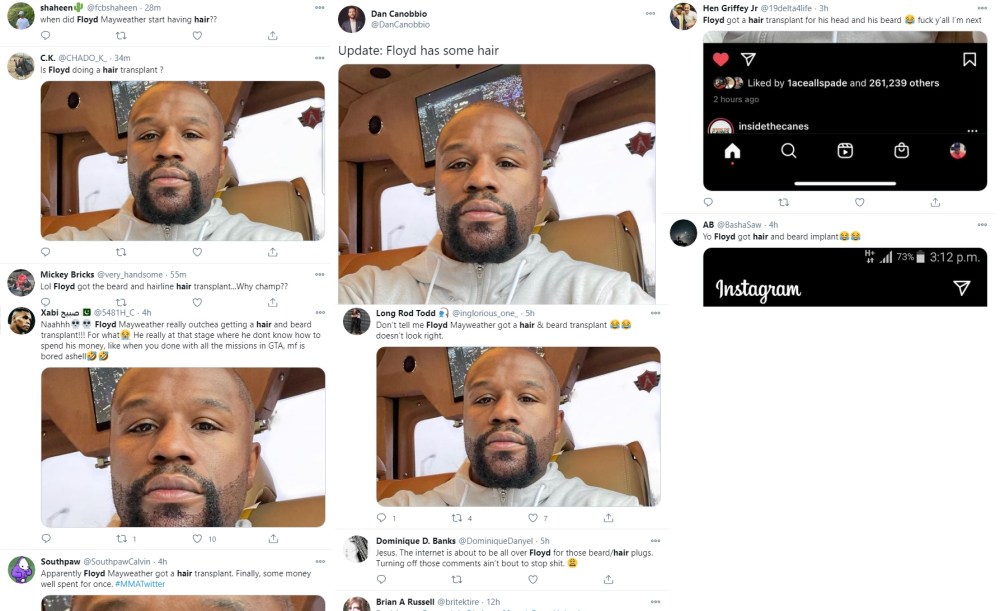