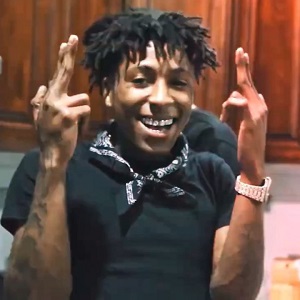 Five years ago, NBA Youngboy began making a name for himself, with his music. His music videos were going viral and this helped to establish himself as a household name. The Baton Rouge rapper helped to establish the third generation of the city’s hip hop scene.

NBA Youngboy dealt with legal issues, which slowed him down, but since 2018, he has focused more on his career. This focus has led to him becoming one of the biggest rappers in the game. Now, he has become one of the biggest names in all of music.

Harden to Miami trends on Twitter, after Giannis signs five-year supermax extension with Bucks, and fans question why it’s trending in politics
Zoey Dollaz Released From Hospital After Getting Shot Five Times in Miami Last Weekend