Stefon Diggs is still one of the most talented wide receivers in the NFL. In the 2020 season, currently has 90 receptions for 1,037 yards and four touchdowns in his first season with the Buffalo Bills.

Tonight, Diggs, sported a very clean pair of cleats vs the Pittsburgh Steelers on Sunday night football. The design featured the album cover from J. Cole’s 2018 ‘KOD’ album. Cole’s animated photo of himself was a crown was on display along with “KOD” in huge lettering. The Nike logos were also on both cleats. KOD is regarded as one of Cole’s best album to date as it debuted at No. 1 on the Billboard 200 chart and is platinum in the US.

The Bills went on to defeat the Steelers, 26-15 as they improved to 10-3. They’re also on they’re way to win the AFC East for the first time since 1995. Quarterback Josh Allen is having a huge season as well as many believe Buffalo is a Super Bowl contender. 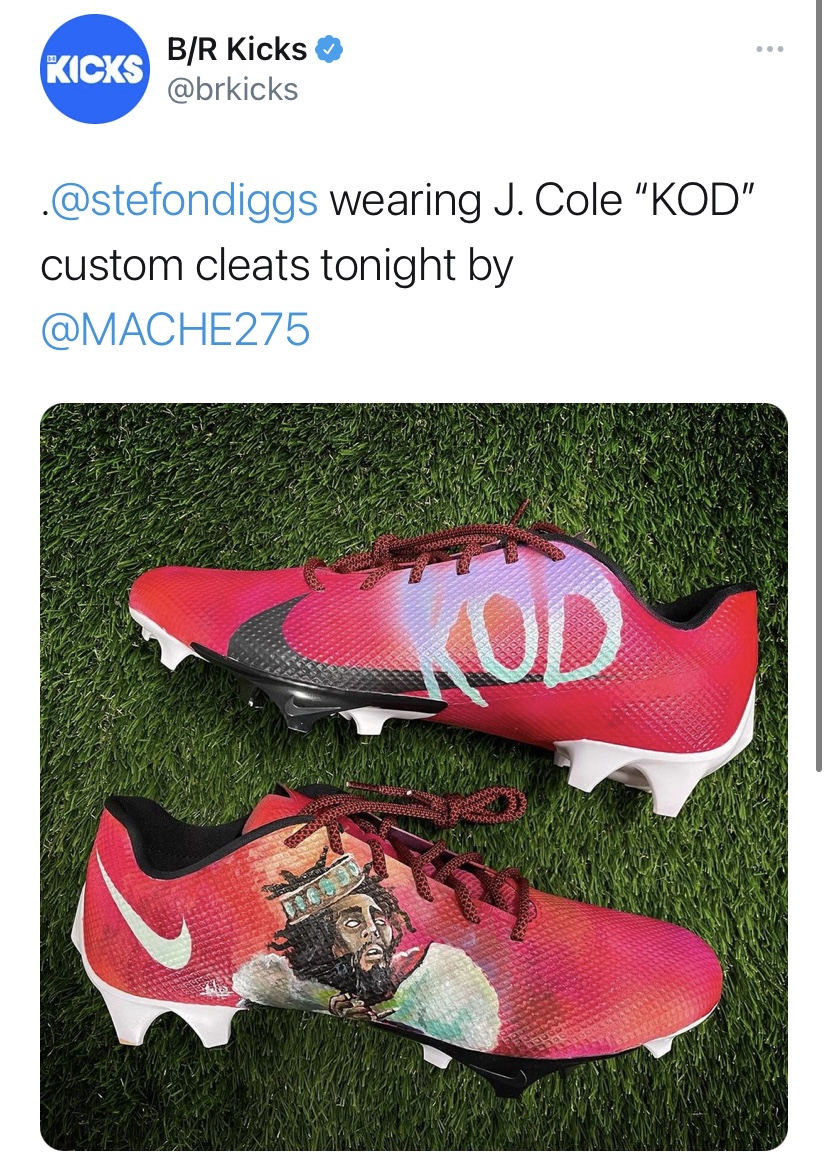 Mama Joyce said Covert-19 and she has left Twitter in shambles, with some saying this was the best thing to come from the pandemic #RHOA
Drew Sidora rants on Twitter about people judging her life, after she and husband debut on “Real Housewives of Atlanta,” saying they’re “unhappy and alone” #RHOA