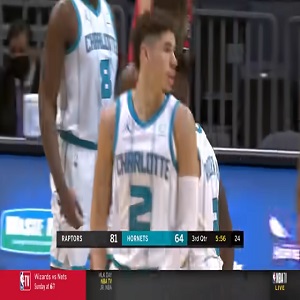 In 2019, there was major upheaval, in the Charlotte sports world. While the Queen City has both NFL and NBA franchises, very rarely has there been much to phone home about. But, North Carolina was proud to have both Cam Newton and Kemba Walker representing for them.

Last year saw both leave, ironically both for Boston, with Kemba Walker signing with the Celtics, and Cam Newton going to the New England Patriots. But, at least for the Charlotte Hornets, there was finally a good story. A surprising year saw them land LaMelo Ball, in the draft.

LaMelo Ball played his first NBA game, last night, as the Charlotte Hornets lost their preseason game, against the Toronto Raptors. While he didn’t score, he did have 10 rebounds and 4 assists. The spotlight is on the younger Ball brother, as reports say Cam Newton sold him his Charlotte condo, where he currently resides.