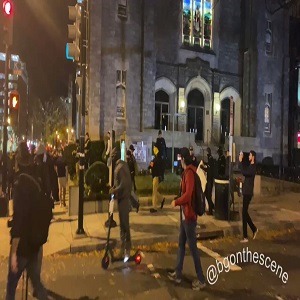 The 2020 political season was one of the toughest in American history, as the election still hasn’t seen the president concede defeat. Every election has people supporting various candidates for office. Always, the presidency is the main attraction.

History has shown all presidential candidates having fervent supporters, who go all out for their candidate. However, it’s been centuries since these supporters have names for themselves. The Proud Boys have emerged as a right-wing extremist group in support of the president.

In Washington, DC, the Proud Boys have caused major uproar. A group of people, representing Proud Boys, ripped Black Lives Matter flags off churches. One of these churches is a church where Michael Starr Hopkins, a well-known DC figure, and his family, belong.

Pro-Trump Proud Boys are ripping BLM flags *off of churches* in DC. pic.twitter.com/geWpDpzIKR 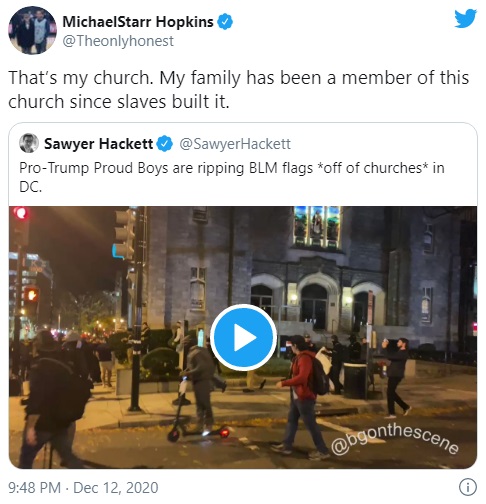