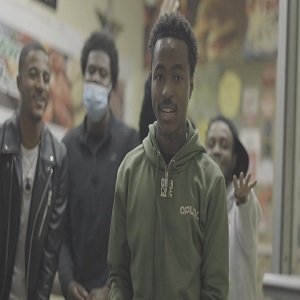 In Philadelphia, there is a rapidly growing hip hop scene, which has received much attention, over the past decade. There is one guy who is standing out, among the rest, right now. The man to be on the lookout for is Popp Hunna, right now.

Currently, Popp Hunna is moving, with a couple of singles. But, the single that fans are really flocking to, right now, is “Adderall (Corvette Corvette),” which is blowing up. In just two months, the video has 7.3 million views.

Popp Hunna is completely demolishing TikTok, at the moment. The fans love the “Adderall (Corvette Corvette)” record, as it is blowing up on all platforms. But, on TikTok, fans have created over 18 million videos, of them dancing to the “Adderall” single.

Lil Baby speaks on mental health, making money through the pandemic, new music, and more on “The Breakfast Club” [VIDEO]
Tekashi 6ix9ine is Reportedly Down To Fight Gervonta Davis in The Ring