Harlow also gave a shout out to ESPN NFL insider, Adam Shefter, on the “Keep It Light” track. The lyrics were “I play the game. You watch the game like Adam Shefter.” This has since gone viral and even made its way to Shefter himself. Now, the ESPN star has taken to Twitter to show Harlow some love for the mention on teh album.

“Thrilled after 53 years to make my hip-hop debut. (Finally some cred with my children.) Thank you, @JackHarlow.”

Harlow has been one of the biggest new stars of hip-hop in 2020 and his momentum grew stronger ever since he released What’s Poppin in January. He also released his ‘Sweet Action‘ EP in March. 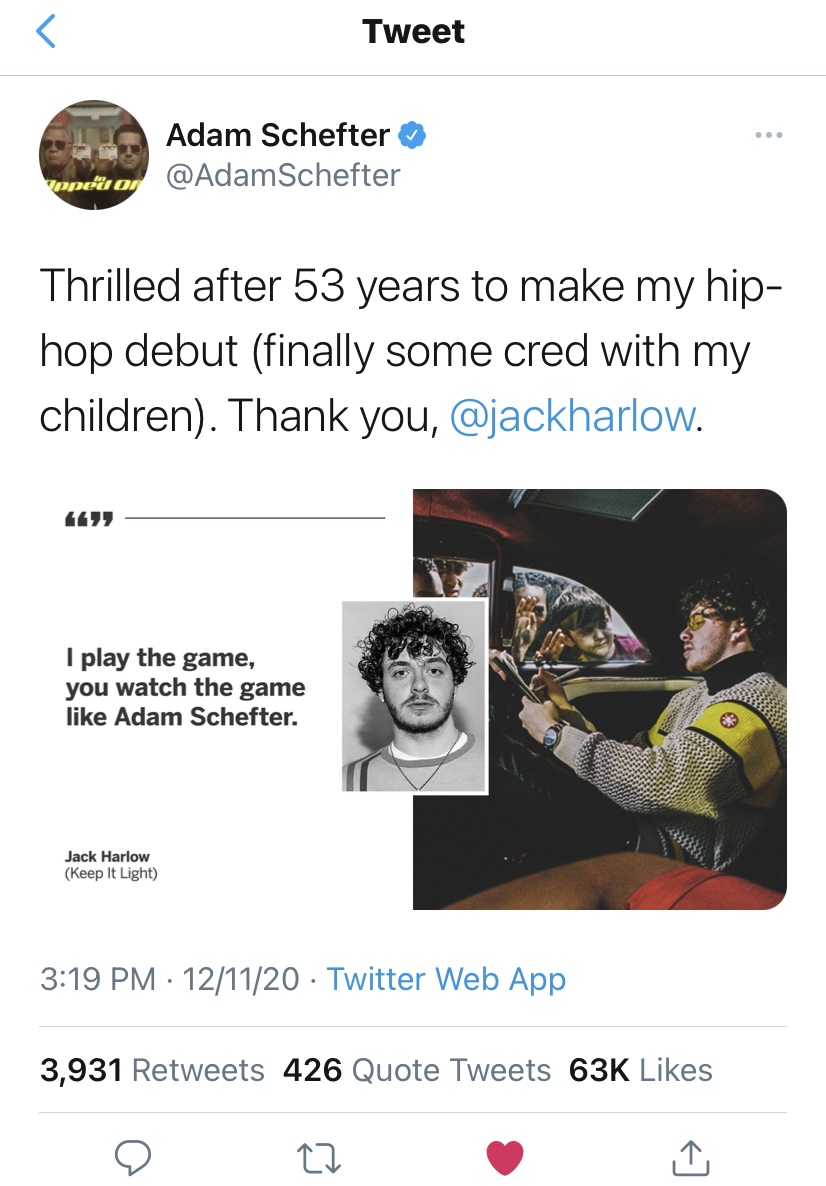