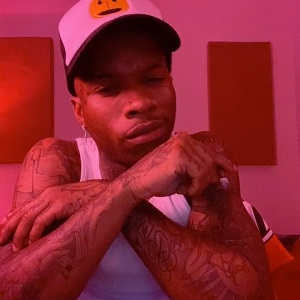 Five years ago, Tory Lanez was completing his transition from internet mixtape rapper to an actual star. His single, “Say It,” was becoming a huge radio hit. The debut album soon followed and Tory Lanez established himself as a household name.

Tory Lanez has come a long way, since his 2015 breakthrough. Every year since then, Tory Lanez has scored a hit single. In his personal life, though, Tory Lanez has been going through it, as he was charged with shooting Megan Thee Stallion, his alleged former girlfriend.

While Tory Lanez is still embroiled in the Megan Thee Stallion drama, he has a new woman by his side. On Twitter, there is a photo circulating of Tory Lanez getting off a private jet with a woman that should be well-known by the audience. The woman is Eliza Reign, Future’s controversial baby mama.

A Boogie Wit Da Hoodie Arrested on Guns and Drugs Charges Following Shooting at New Jersey Nightclub Where He Celebrated His Birthday
Charlamagne Tha God signs five year contract extension with iHeart Radio to remain “The Breakfast Club” co-host, but also given expanded role within the company as an executive