Louisville rapper, Jack Harlow, has had an amazing 2020 as he’s been one of the biggest breakout stars in hip-hop. His run started in January with the release of his “What’s Poppin” single. The remix soon came out at the start of the summer and featured Lil Wayne, DaBaby, and Tory Lanez. He soon followed that up with his “Tyler Herro” single this fall.

Last week, the Generation Now artist revealed that his debut studio album, ‘That’s What They All Say,’ would be released on December 11. Now, Harlow has just came through with the full tracklist on social media and it looks solid. This comes after he just released the final single, “Way Out,” feat. Big Sean.

That’s What They All Say contains 14 tracks with features from Big Sean, Lil Baby, Chris Brown, Adam Levine, Est Gee, and Bryson Tiller and the late Static Major, both fellow Louisville stars. This will also be Harlow’s second project of 2020 as he released his ‘Sweet Action’ EP in March. 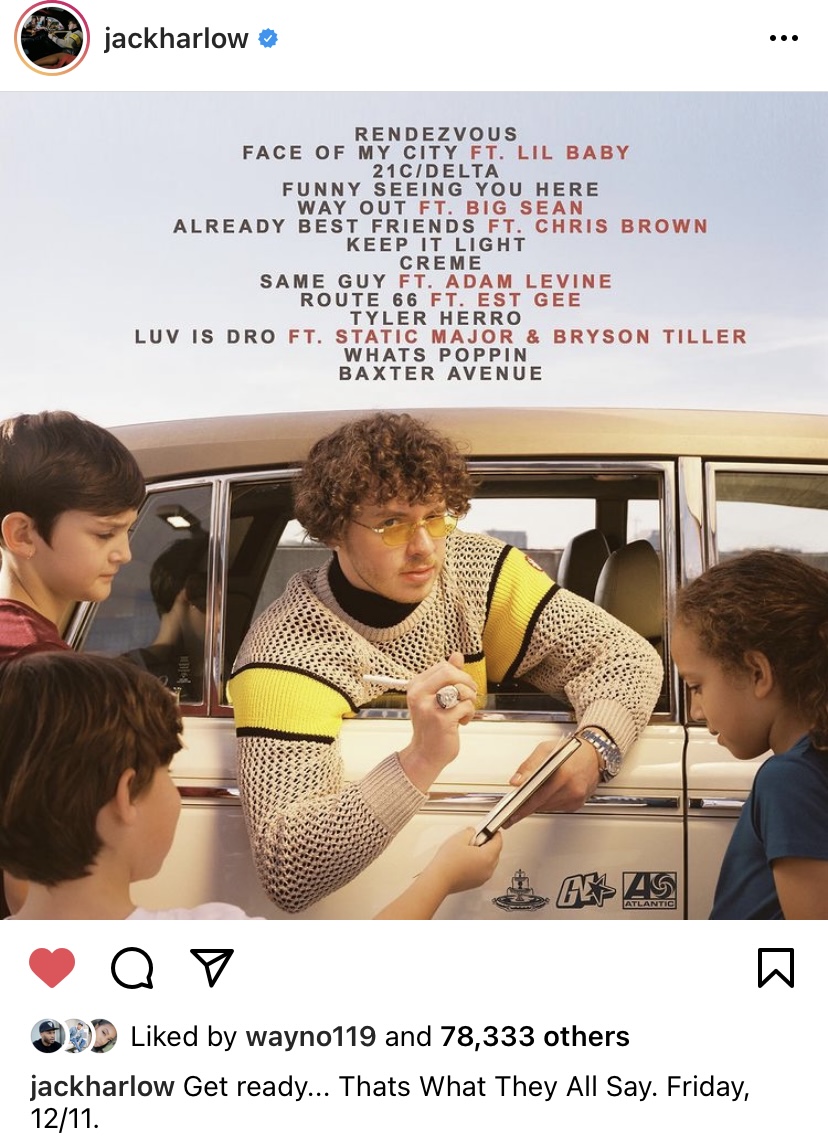 G Herbo Pleads Not Guilty in Fed Case For Fraud After Reportedly Using Fake IDs To Spend Millions of Dollars on Trips and Dogs
21-Year-Old Kewon White, Arrested and Charged as Suspect in The Murder of Dallas Rapper, Mo3