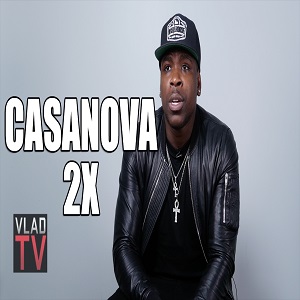 For years, VladTV has built their empire off the hip hop culture. While not directly covering music, the brand built from the drama surrounding hip hop and rap entertainers. Some gave Vlad backlash, due to that fact, alone.

However, some went as far as accusing Vlad of actually getting rappers arrested and killed. True enough, a significant number of rappers who have appeared have gone to prison, or gotten killed. None of them, though, were directly linked to their VladTV interviews.

Casanova was recently arrested, by the FBI, on RICO charges. In the time since then, news broke that the FBI used Casanova’s VladTV interviews, among other things, to indict him. Now, Twitter is dragging the VladTV platform, saying rappers who go on there should be more like PeeWee Longway, in his interview.

Read the tweets about Vlad below:

Lil Baby Says He’s Charging $400,000 For Shows Now [VIDEO]
Jada Pinkett Smith and her mother, Adrienne, debated whether or not to have Olivia Jade on “Red Table Talk,” before she did her interview speaking on mom, Lori Loughlin [VIDEO]