Tory Lanez has maintained his innocence regarding Megan Thee Stallion’s accusation that he shot her in the feet back in July. This was after a Hollywood Hills house party that they attended together. Lanez originally denied being the shooter on his ‘Daystar‘ album in September and then during an Instagram Live session in October. The album debuted at No. 10 on the Billboard 200 chart despite only 36,000 units being sold in its first week.

A user commented under one of DJ Akademiks’ Instagram posts where they said Lanez needs to say if he shot Megan or not. Lanez said listeners didn’t hear his denial on the album and how they mistook “a Black expressing his innocence for insensitivity.

“I realize that not every body heard me say ‘no I did not’ on my album…. becuz they mistaked [sic] a black man expressing his innocence for insensitivity … as if we ain’t all fighting the same fight, as if exiling a successful man is the answer to a problem bigger than him … you’ll get more than u need to know when court resume.”

Megan also dissed Lanez on the intro, “Shots Fired,” which was on her debut studio album, ‘Good News,’ last month. This record sampled The Notorious B.I.G.’s 1994 “Who Shot Ya” single which many believed was a diss track at 2Pac after getting shot at Quad Studios in New York City. Some of Megan’s notable lines on Shots fired were “You shot a 5’10” b*tch with a .22.Talkin’ ’bout bones and tendons like them bullets wasn’t pellets. A p*ssy n*gga with a p*ssy gun in his feelings.”

As of now, Lanez has still been charged with one count of assault with a semiautomatic firearm, and one count of carrying a loaded, unregistered firearm in a vehicle. If convicted, he faces 22 years and eight months in prison. 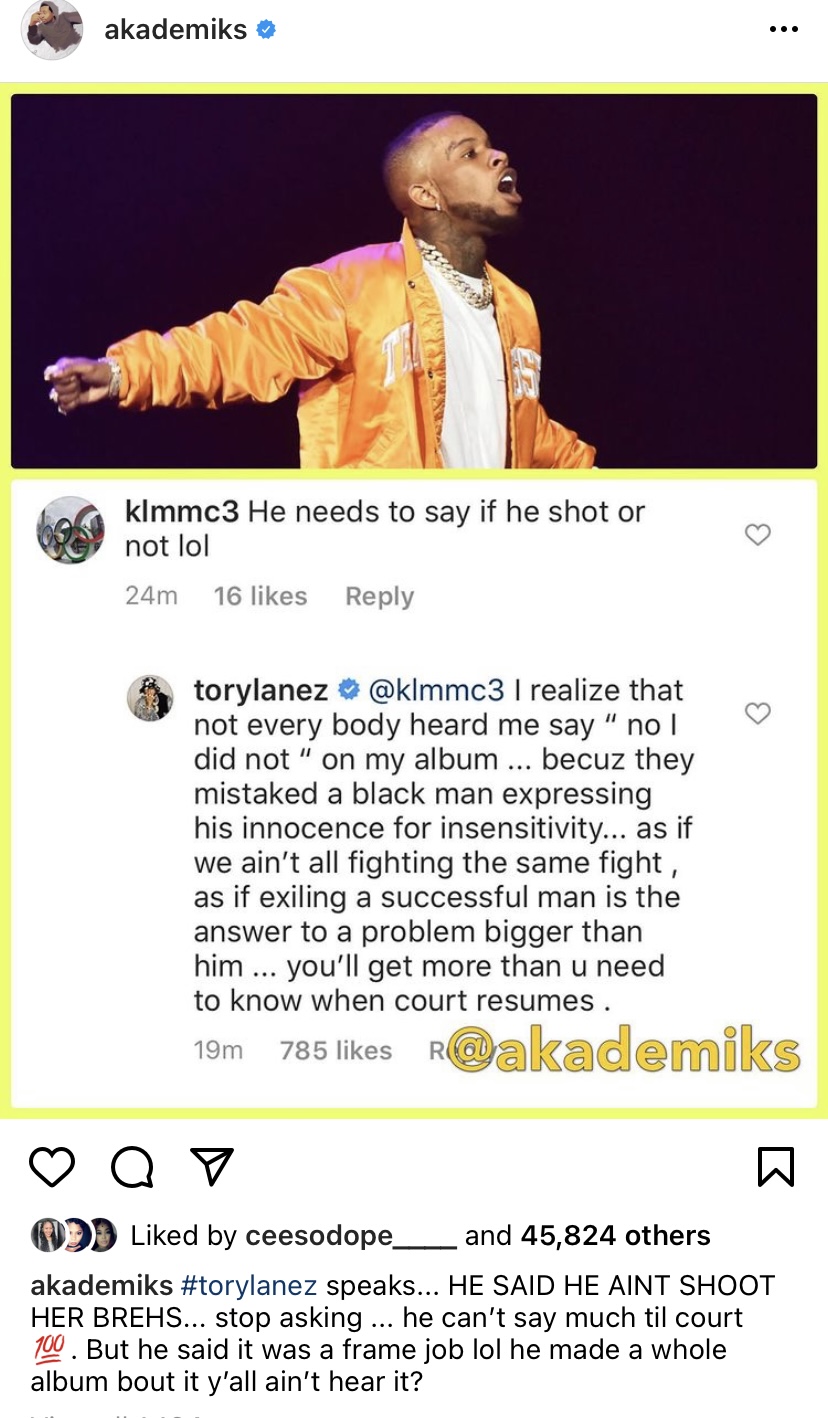