Mulatto has been one of the biggest breakout stars out of Atlanta in 2020. She originally began to make a name for herself in 2019 with her “B*tch From Da Souf” single.

This past summer, Mulatto released the B*tch From Da Souf remix which featured Saweetie and Trina. Her debut album, ‘Queen of Da Souf,’ was then released in August and the feedback was solid on social media. This project debuted at No. 44 on the Billboard 200 chart snd was also led by singles such as “Muwop” featuring Gucci Mane and “In N Out” feat. City Girls.

Now, Big Latto has announced on social media that the extended version of the album will be out on December 11. As of now, the tracklist as has yet to be revealed. 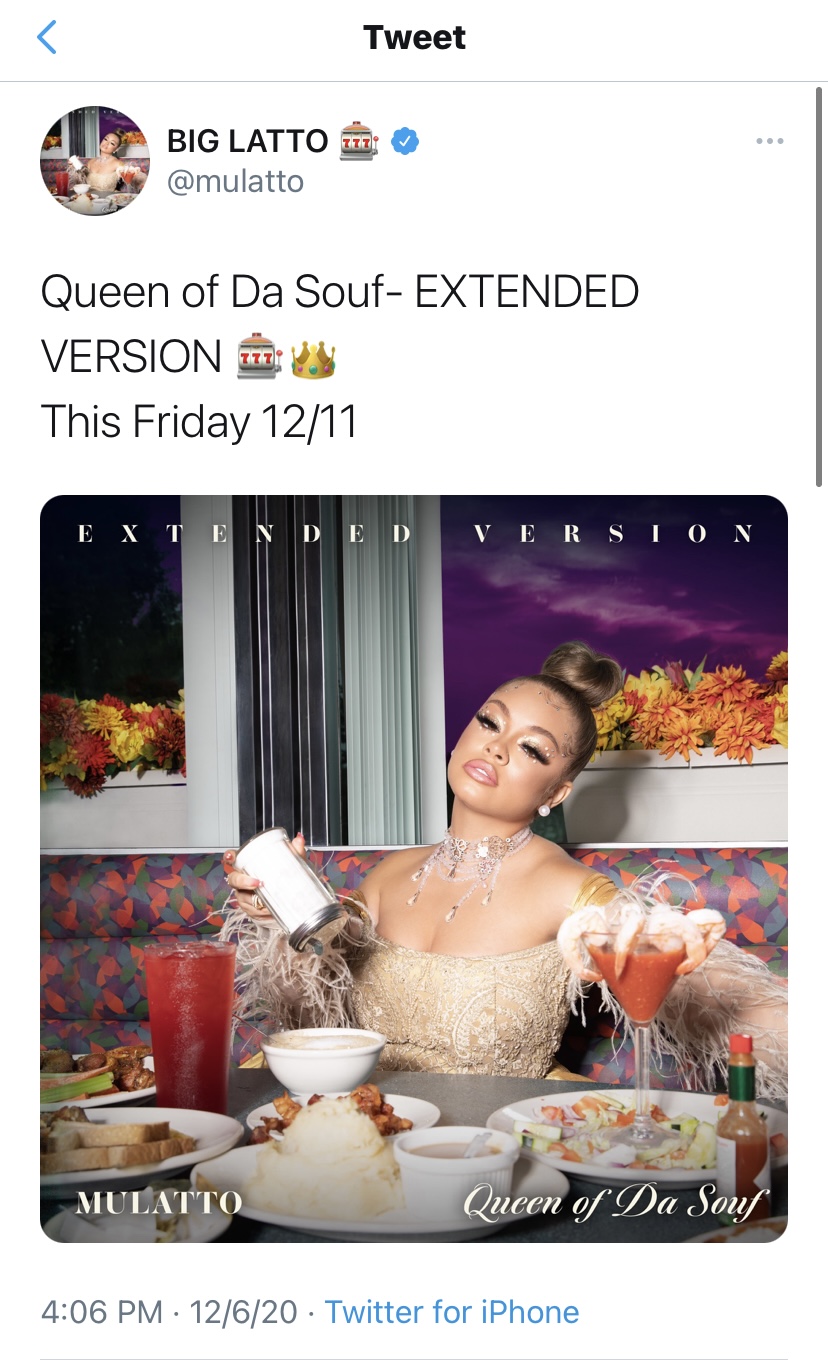 Meek Mill Gives Teens in Atlanta Selling Water $20 To Split; Social Media Believes He Should’ve Given Them Much More Due To Him Being Rich [VIDEO]
Porsha went from thinking the Underground Railroad was an actual railroad to leading protests! Fans on Twitter give Porsha props for going back to her Civil Rights roots #RHOA