Meek Mill recently released his ‘Quarantine Pack’ EP which contained four tracks with appearances from Vory, Lil Durk, and 42 Dugg. The MMG rapper has also been in Atlanta this weekend and ran into a group of teenagers who commonly sell water bottles.

Meek was in his car as the teens crowded it. He then surprisingly handed them a $20 bill and told them to split it. At this point, it’s unclear how many teens were there and how many bottles were sold. 6-8 of those boys were supposedly there, though. Social media nonetheless is believing that Meek was in the wrong here.

Many believe that due to Meek’s wealth, he could’ve given these boys a lot more money. Their case is that they’re staying out of trouble and selling water helps them make extra money. 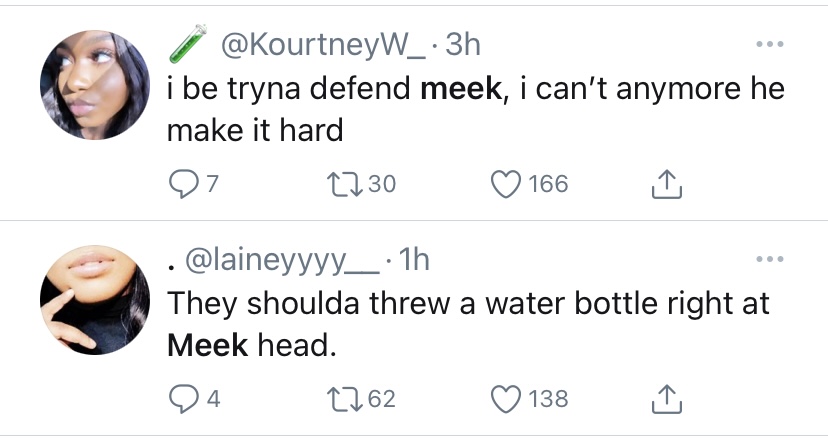 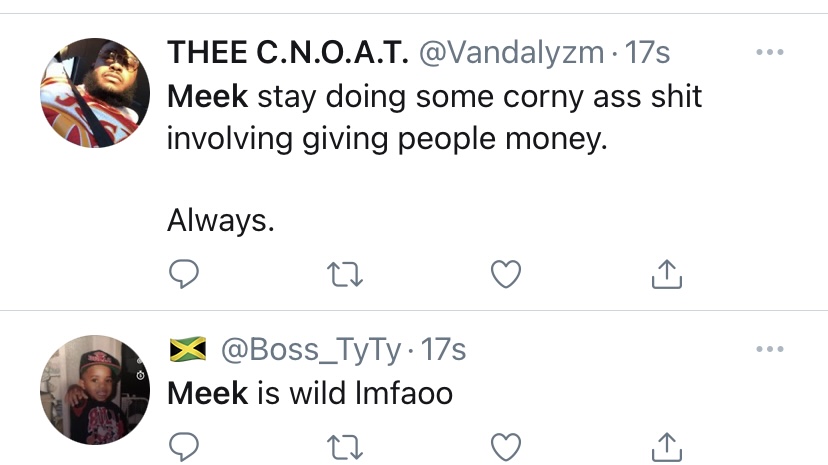