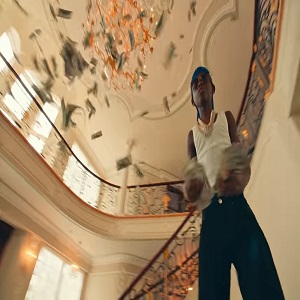 Before his life was cruelly and tragically ended, Pop Smoke was looking like the future of hip hop. Co-signed by 50 Cent, Pop Smoke had that same 2002-2003 energy that 50 had, when he took over hip hop. Now, all the world has is memories of Pop Smoke.

However, Pop Smoke hasn’t gone away quietly, as his music is living on, in a big way. Heading into his debut album release, Pop Smoke had several hit records. It was “Welcome To The Party” that put him on the map and “Dior” that was making him a household name.

Pop Smoke posthumously released Shoot For The Stars, Aim For The Moon, back in July. The album was a tremendous success, only furthering anger from fans that his life was cut short. But, the good news is that his music is resonating and the album has now gone double platinum.

Continue Reading
You may also like...
Related Topics:50 cent, dior (pop smoke), jay rich, pop smoke, Shoot For The Stars Aim For The Moon, welcome to the party

Method Man talks Wu-Tang album, black roles in Hollywood, and crazy comic book collection on Hot 97 [VIDEO]
Jeremih Released From Hospital After Originally Being in ICU For COVID-19 Treatment; Issues Statement as He Rests at Home