Lil Durk has been off the radar from Instagram since the day that his close friend and fellow Chicago native, King Von, was shot and killed in Atlanta. Durk posted a tribute photo on Instagram on November 6 and then deactivated the account.

Durk returned to Instagram yesterday as fans of his were very excited to see him back on the scene. This return is now seeing a quick end though as the Chicago rapper has deactivated it again. It’s unclear as to what prompted this move by him but it may likely be to grieve Von’s death more.

Durk has had a very strong 2020 with his music. He put out his ‘Just Cause Y’all Waited 2’ album in May which featured the hit single, “3 Headed Goat” feat. Lil Baby and Polo G. The album debuted at No. 2 on the Billboard 200 chart and 3 Headed Goat has since been certified gold by the RIAA in the US. Expect Durk to take as much time as he needs before he finally returns to social media for good. 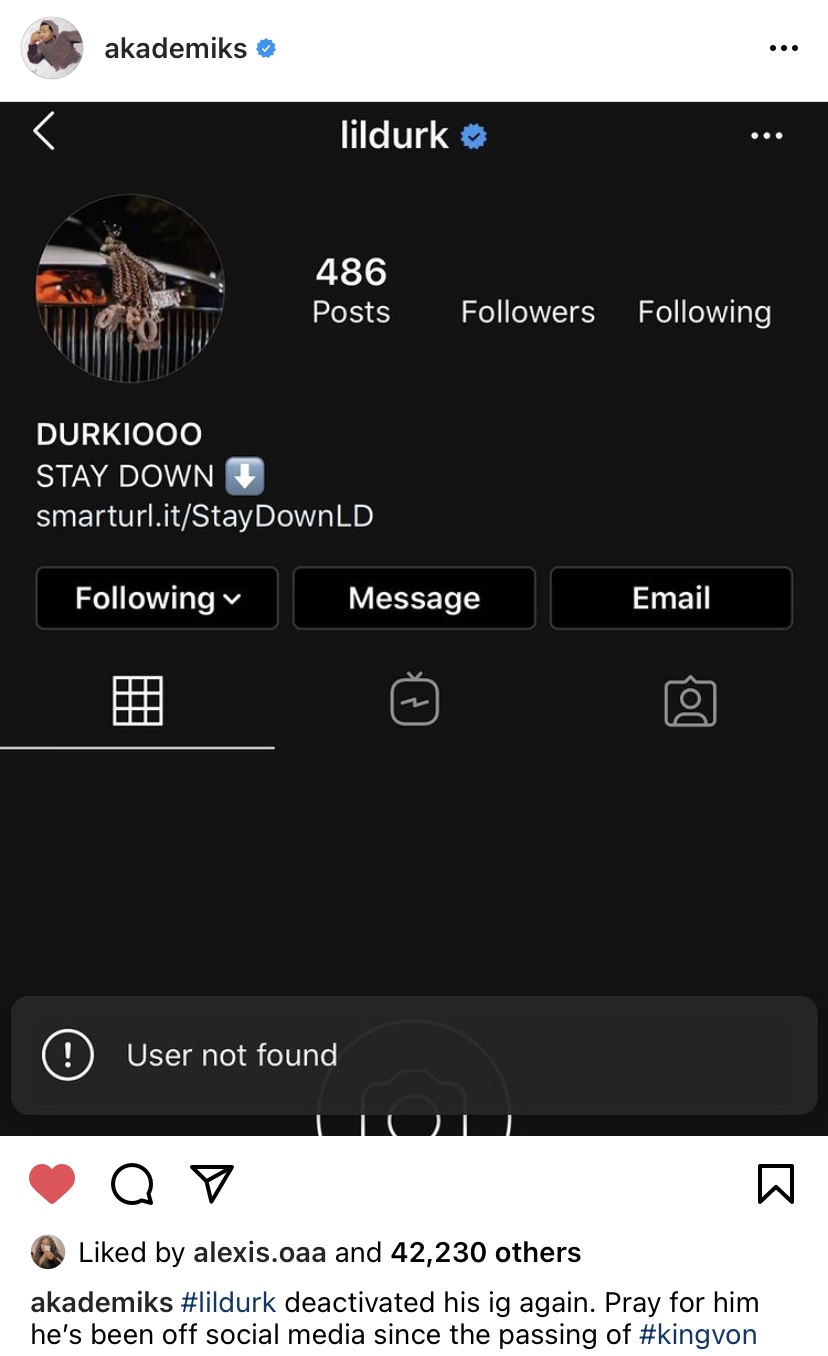