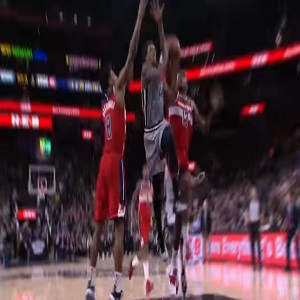 The past couple of years have seen DeMar DeRozan overlooked, in discussions about the NBA’s top players. However, DeMar DeRozan is the man who put the Toronto Raptors back on the map. Their best seasons, except the championship season, came with DeRozan.

DeMar DeRozan has played for the San Antonio Spurs, since 2018. It was this past season, in the bubble, where the Spurs failed to make the playoffs for the first time since 1997. There were rumblings of DeRozan joining the Lakers, but he took his player option with the Spurs.

Free agency hasn’t been DeMar DeRozan’s biggest issues, here recently. On November 19, he had more than contracts to worry about, when he came face-to-face with a home intruder, in his children’s bedroom. While DeRozan managed to get the intruder out of his house, he couldn’t rid the neighborhood of them, altogether, as the intruder was trying to get into Kylie Jenner’s home, as she was the intended target.