Season 2 of Verzuz kicked off with a bang on November 19 as fans saw long-time rivals, Jeezy and Gucci Mane, face off. This was the biggest Verzuz to date as over 9 million viewers tuned in and was the most tweeted about Verzuz.

Verzuz is now moving on to the next battle as this will go down on December 12. This will be between two R&B legends in Ashanti and Keyshia Cole. A few days ago, Cole took to her Instagram feed to reveal that she would be participating in Verzuz but didn’t clarify on who she’d be facing.

Cole and Ashanti were two of the best R&B artists in the 2000s and were flat out dominant. Ashanti had three albums that at least went platinum in the 2000s as she had hits such as “What’s Luv” feat. Ja Rule and Fat Joe and “Foolish.” Cole had three platinum albums as well with hits such as “Let It Go” feat. Missy Elliot and Lil Kim and “Heaven Sent.” 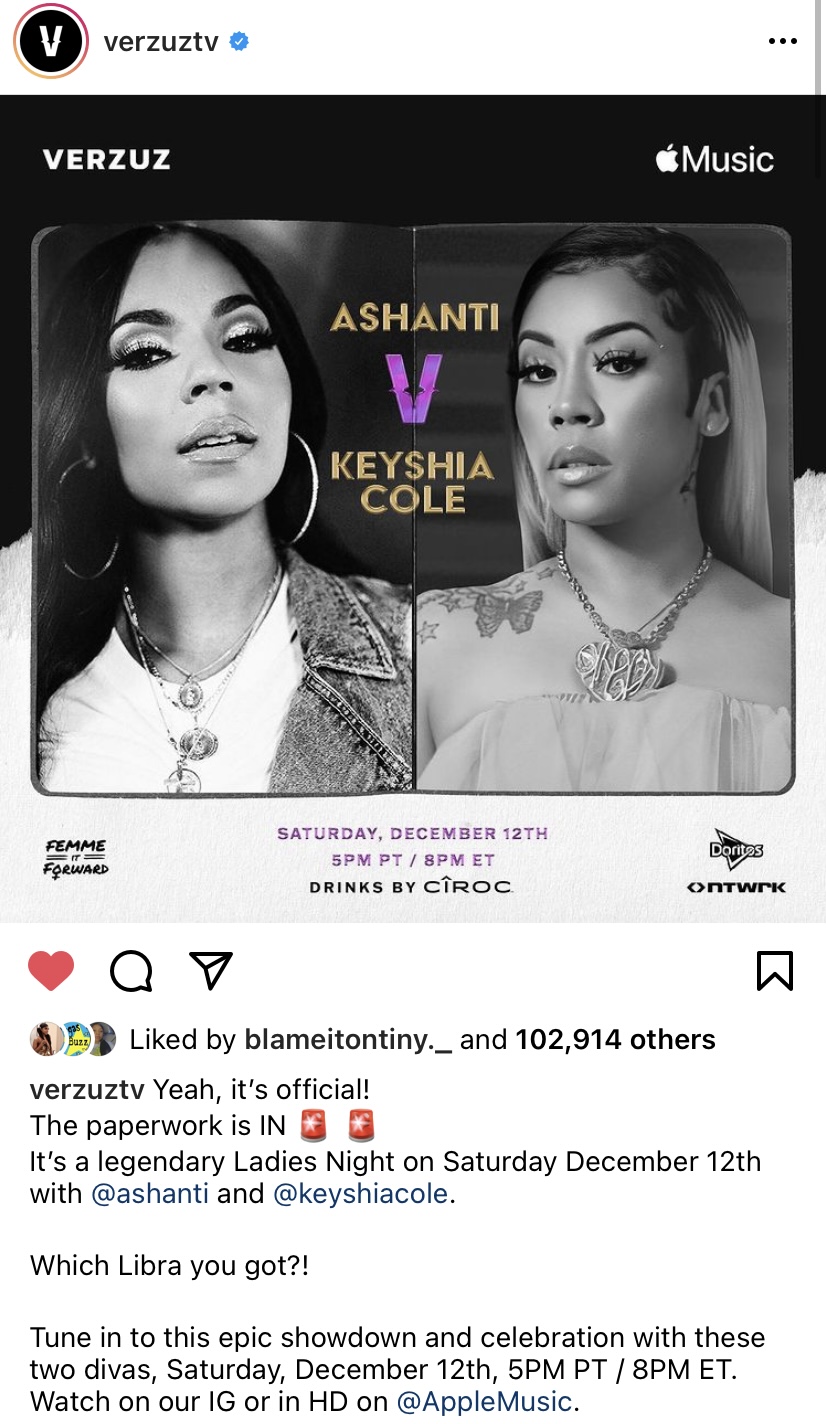 Young M.A Arrested and Charged For Reckless Driving
Quando Rondo sparks much controversy, with his “Dead Guy” single, released just weeks after King Von was killed, after altercation with his crew